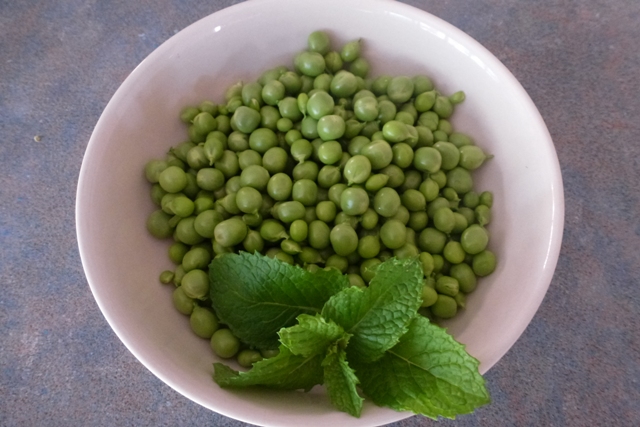 There is nothing like eating peas fresh from the garden.  Previously though, that was about all I could do with them – there would only be a few at a time, so the best thing to do was to eat them then and there.  Sometimes I would get a slightly bigger handful and be able to add them to a salad along with other things.

This year I decided that I wanted to have enough peas to really use.  I planted ‘Sugar Snap’ peas so that I could have the option of using the pods whole or waiting a bit longer to get the peas.  And I planted 30-40 plants to maximise the chances of having more than a few pods ready at a time.  I also planted them in two different places because I’d lost a whole lot previously that had blown over in a storm.  I used wire netting stretched between two bamboo poles to support them.

Success!  My first few harvests were of the pods – added to a stirfry, and blanched with green beans and butter beans to put in a salad.  But after a week of heavy rain I got my bonanza: a massive harvest of peas that gave me enough peas to serve as a vegetable in their own right!  Perfect for that left over Christmas ham and potatoes. 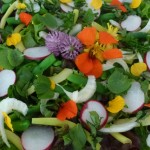 Blanched peas and beans in a salad 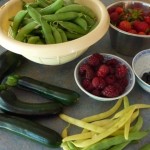 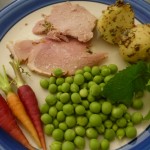 A feast of peas

And now there are more to pick …