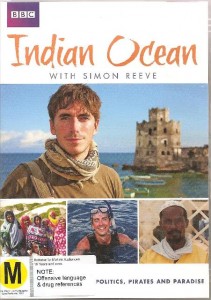 I have only discovered Simon Reeve in the last year or so – and I am now a dedicated fan.  He is a world traveller and adventurer following in some ways the time-honoured style of Michael Palin, with epic journeys around the world.  But what I really like about Simon’s intelligent, thought-provoking approach is that he really ‘gets under the skin’ of a country, not afraid to expose some of the secrets or underbelly that are often hidden.  He is an investigative journalist with broad interests and a natural story teller, as well as being an intrepid adventurer who has “travelled extensively through more than 120 countries, across jungles, deserts, mountains and oceans, and to some of the most dangerous and remote regions of the world”.

The first of Simon’s documentaries that I saw was Indian Ocean, but when I searched online to find out more about him I discovered that he was quite a veteran presenter – not that he looks old enough to have done that (am I just showing my age?).  To my delight most of his earlier documentaries are available on YouTube.  He also has a website (with his photographer brother) called Shoot and Scribble with lots of interesting information about him and his adventures. 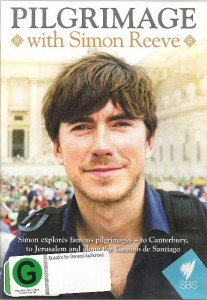 I have managed to get DVDs for Indian Ocean and Pilgrimage but the others are harder to track down in formats suitable for NZ.

According to his website, Simon has been working on more fabulous adventures with the BBC and I’m very much looking forward to viewing these: