Melbourne is known as a foodie heaven but my attempts to explore this aspect further with an expert seem to be ill-fated.  Last time I was in Melbourne my tour was cancelled but I did do a Laneways tour and my own walking tour.  This time I picked a ‘Tram to Market’ tour thinking I would be able to combine two iconic Melbourne institutions (trams and the Queen Victoria markets) with learning all about its food culture.  But as fate would have it, this was the day that the tram drivers went on strike!

All was not lost however as our lovely guide Caitlyn improvised a tour for us – I was joined by two women from the US – that was very enjoyable and informative even though we didn’t see a tram or the market.  I recommend taking a food tour at the beginning of your trip so that you get maximum opportunity to sample the food at the wide range of cafes and restaurants. Caitlyn is the ultimate foodie with an almost encyclopedic knowledge of chefs and their restaurants and recommends all sorts of ways of sampling their specialities without spending a fortune.  We wandered around many of the inner city laneways learning about hidden, quirky, and popular eating places and wine bars. 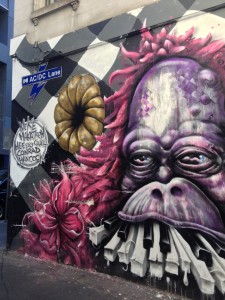 Popular bars are hidden down laneways 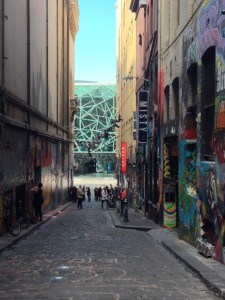 You would never expect that this was the site of one of the most popular restaurants in Melbourne (Movida).

I had hoped to experience more of the artisan food specialities – which I am sure would have eventuated had we managed to do the intended tour.  Still, we did visit Ganache Chocolates and experienced their signature Hot Chocolate along with a sample of their chocolate creations.  Chocolatier Arno Backes has two Chocolate Lounges in Melbourne with 15 chefs specialising in making their chocolate creations. 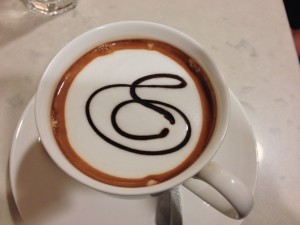 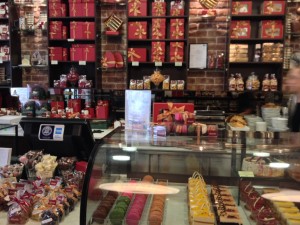 Another visit was to the Pop Up Patch in Federation Square which is made up of over 140 do-it-yourself veggie plots housed in individual recycled apple crates – the majority which are leased to the public. All the restaurants and cafes at Fed Square have their own plot, where they grow fresh ingredients to use in their daily menus. 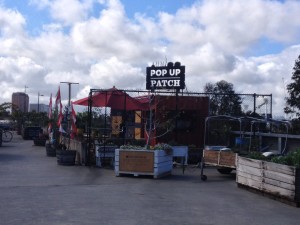 Pop Up Patch in Federation Square 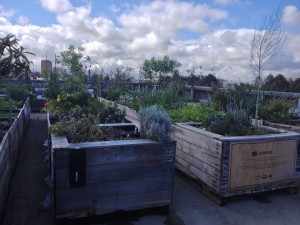 Veggie gardens for public use

The veggie plots are also used to provide bee-friendly flower gardens on many of Melbourne’s roof tops to support the Rooftop Honey project which has a vision of bringing bees back to the city and the suburbs of Melbourne. The aim is to be part a global effort to help save the honey bee from the various threats of disease and human habitation, raise awareness of the importance of bees and create delicious honey.  We got to taste some of the different honeys – and they were delicious! 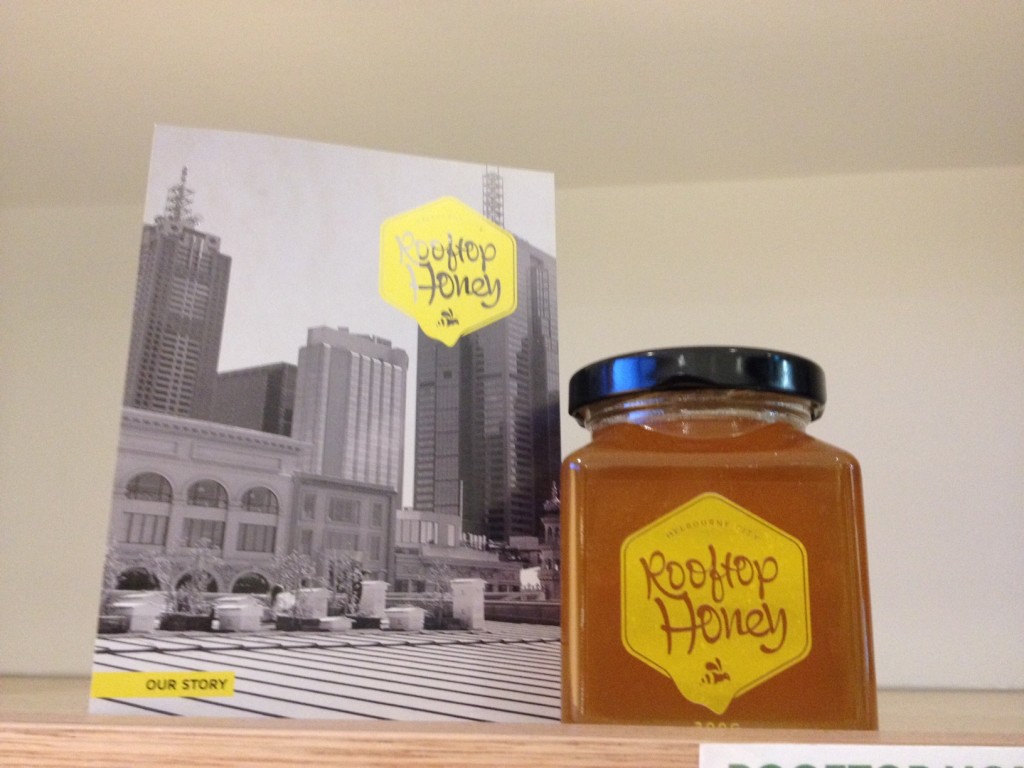 After we had completed the tour which focused on the inner city, I did walk up to the Queen Victoria Markets for a look around.  It is a huge site including everything from fruit and vegetables, and local and imported gourmet foods, to cosmetics, clothing and souvenirs.  There is a huge hall full of different meats and seafood that is definitely worth a look even if you don’t have the ability to cook anything while you are visiting.

The Deli Hall is a spectacular site including many of the original art deco features including marble counters.  There is a huge range of produce available including dips, pates, terrines, cured and preserved meats, and local and imported cheeses.  You can also get a range of dressed poultry, and a variety of game meats such as crocodile, rabbit, kangaroo and venison. And if that isn’t enough, there are also teas, coffees, cakes, pastries, nougat and chocolates.  Several of the stalls were offering cheese tastings, but it would have been nice to have heard more about the artisans and their products as well as part of the intended tour. 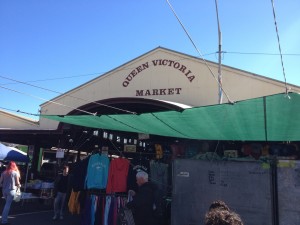 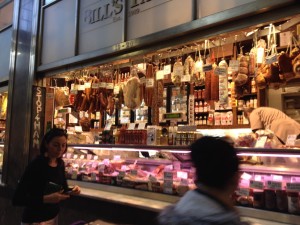