I described in a series of posts last year about my battle to have a lawn that actually had grass in it, and without the problems of moss and particularly paspallum.  I eventually resorted to having the lawn aerated, scarified and oversown to kick start the process. 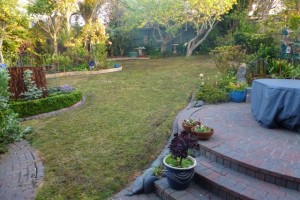 After aeration, scarification and seed drilling 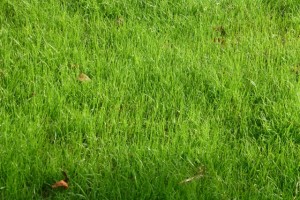 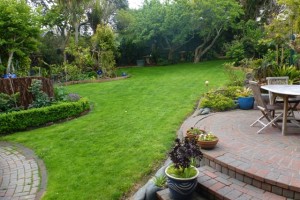 Looking great over the summer 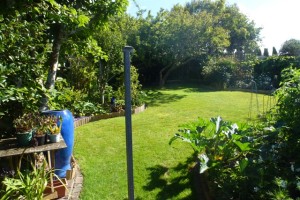 This appeared particularly successful in spring and lots of visitors commented about how lovely and lush my lawn was.  But then as we started to head into summer, the paspallum started to rear its ugly sticky seed heads again.  Determined not to let it seed and spread any more, I called the ‘Registered Paspallum Sprayers’ back in.

Initially the spray seemed to work and the paspallum turned a purplish colour and looked stunted and sick.  But after a couple of months it just started growing again as though nothing had happened.  So a repeat spray was required.  Unfortunately the same thing happened again – it seemed like I was never going to get rid of the stuff!

So I decided that drastic measures were required.  I got out the RoundUp and sprayed all the paspullum. This left huge areas of barren soil in amongst the remaining grass but I felt a sense of satisfaction.  By then it was too late in the season to sow new grass seed so I left it until spring. 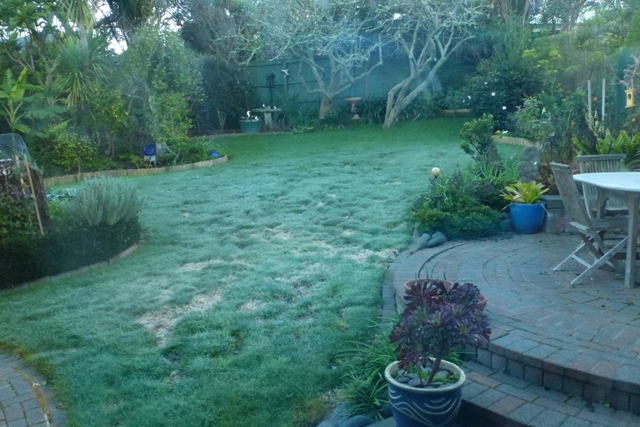 I got the experts in again to clean up the lawn and sow new grass seed.  Unfortunately, they didn’t drill holes for the seed as the previous guys had and just sprinkled it on the surface.  Well, the birds that I had been feeding all winter decided that I had put out a smorgasbord especially for them! I tried to scare them off but they got very cunning and waited till I left the room and then swooped down for a feast, flying off again as soon as I came back in.

So despite dutifully watering the lawn twice a day, virtually no new grass came up.  Thankfully it was still spring, so I went and got some more grass seed myself – this time with a bird deterrent coating – and sprinkled it in all the bare spots.  After another couple of weeks of watering I was rewarded by the sight of fresh new grass.

Hopefully much less paspallum will appear this year and I can simply dig it out as I see it rather than having to go through this whole performance again.