We arrived in at St Petersburg’s central Moscow Railway Station at 6.40am and were met by a bus to transfer us and our bags to our hotel (the Ibis St Petersburg Centre)- which we were somewhat surprised to discover was actually only a couple of hundred metres down the road. We had to drive around the block to get there and it probably would have been faster to walk! At that hour our rooms weren’t ready for us but we could go in and have some breakfast.

After breakfast, local guide Natalya meets us for a bus tour of the city. Built on the hundred islets that form the delta of the Neva River, St. Petersburg (formerly Leningrad) was founded by Peter the Great as his ‘Window on the West’. Regarded as one of the most beautiful and romantic cities in the world, its picturesque canals and baroque and neoclassical architecture give it a very European feel.

Some of the highlights: 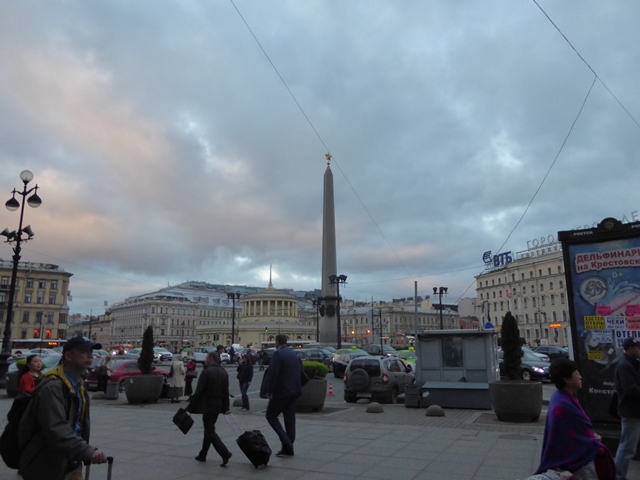 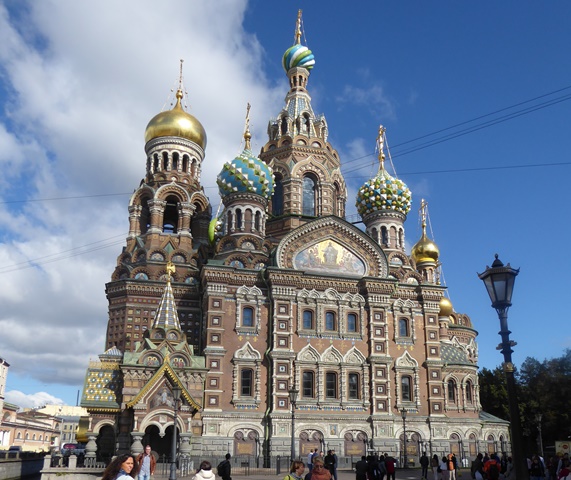 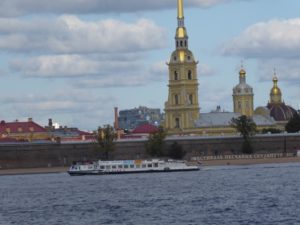 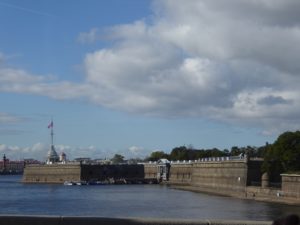 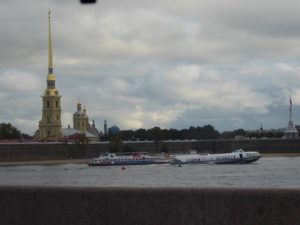 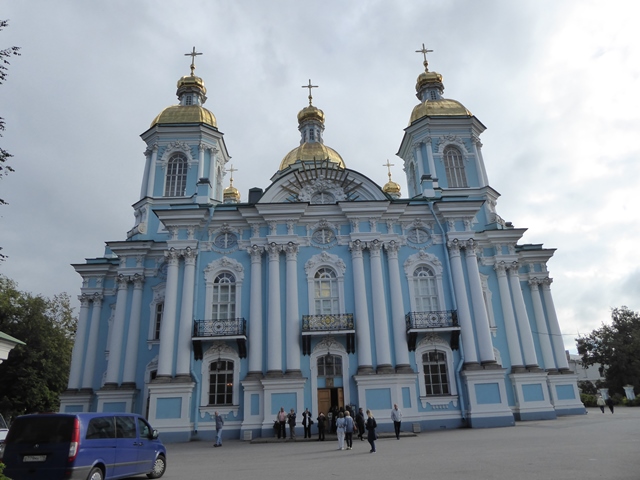 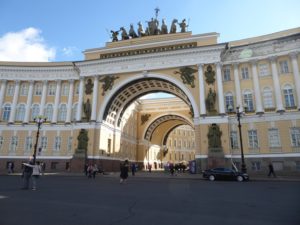 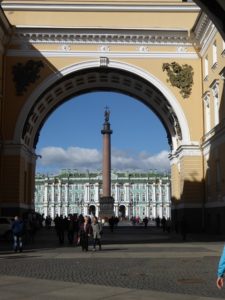 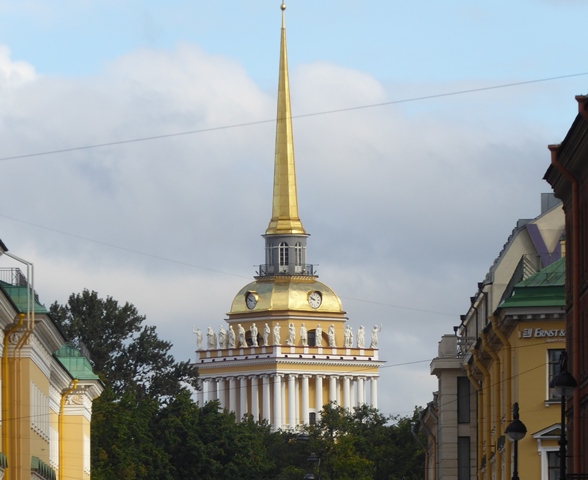 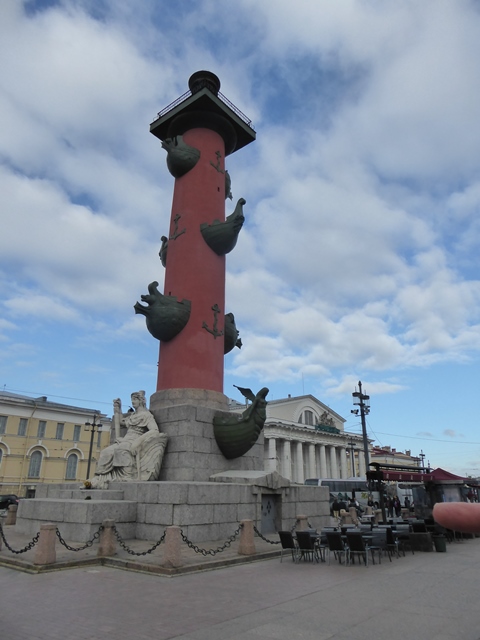 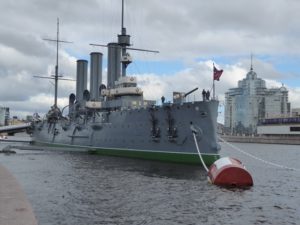 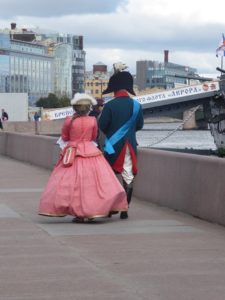 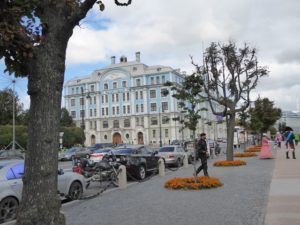 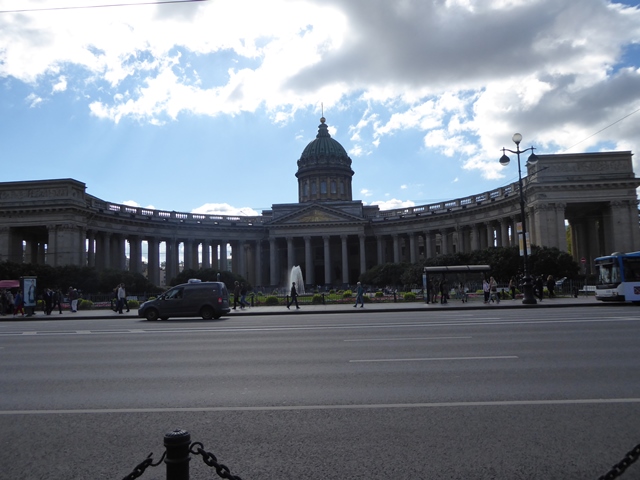 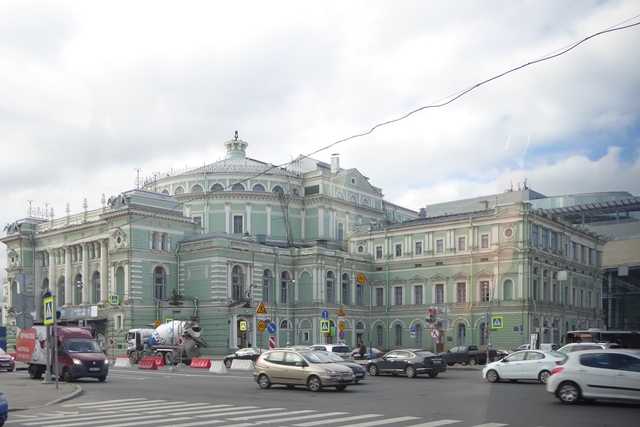 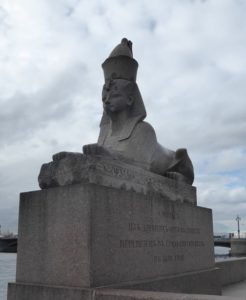 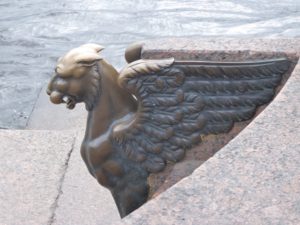 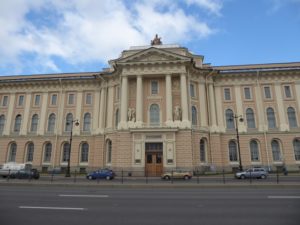 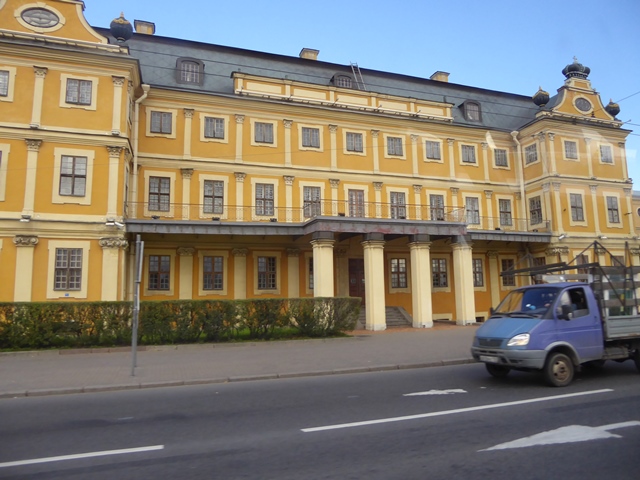 We also see lots of street stalls, many selling Putin t-shirts, mugs and even the nesting matryoshka dolls. I ask whether people do that because they admire him or to make fun of him – it is because they admire him (even if people don’t like him they wouldn’t dare make fun of him). The political system gives impression of democracy and choice but realistically only one party will ever get in. 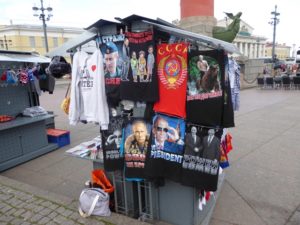 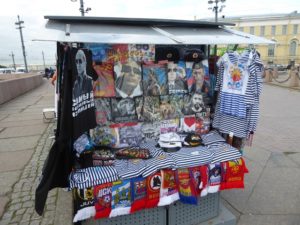 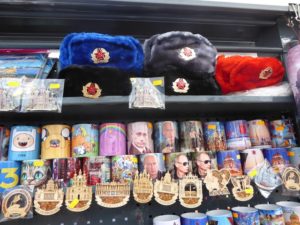 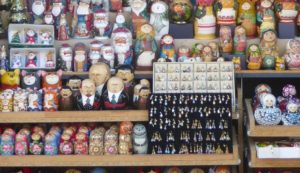 We then have a free afternoon and we are all trying to decide what to do when Ieva says that she is going to go on a hydrofoil up the river to visit the Peterhof Gardens. It is a beautiful sunny afternoon so we all decide to go with her. We start with lunch at a very reasonable self-service restaurant on the edge of the canal not far from Church of the Saviour of the Spilled Blood and then walk to the river bank in front of the Hermitage where the boats depart from. We go down river and out into the Bay of Finland, and across to Peter the Great’s Summer Palace: Peterhof. We don’t go inside as we will be visiting Catherine the Great’s Summer Palace which is apparently better but we spend a lovely afternoon wandering the gardens. These were built at a time when there was no electricity but they discovered lakes and springs on the site so were able to put these to good use to create magnificent water gardens with fountains and waterfalls everywhere. There also seem to be separate palaces scattered throughout the grounds as well as pavilions and other structures. We wandered through the trees watching birds and squirrels (and people watching). There were places to have coffee as well but Gill and I decided to walk rather than stop and sit. 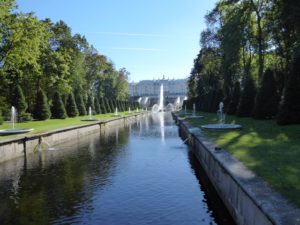 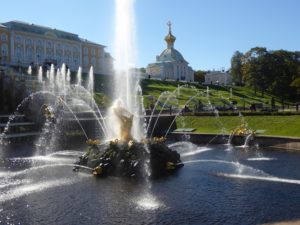 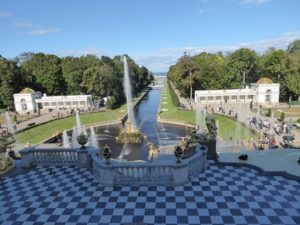 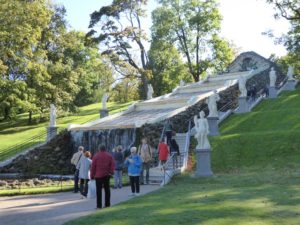 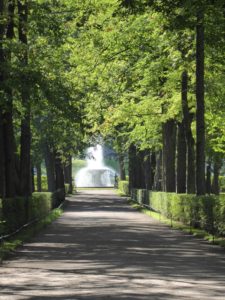 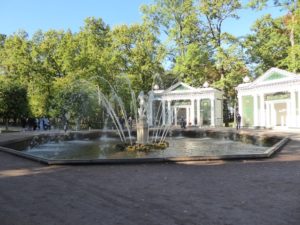 We caught the 4.00 hydrofoil back as we were all starting to wilt, and were very grateful that we didn’t have to find our way back to the hotel by ourselves. Ieva found a trolley bus that was closer than going to the Metro station, but then we got off too early and had a long walk to the hotel anyway.

When we got there, a large bus load of guests had just arrived so it took ages to get our rooms and our bags; it was a very inefficient system and the luggage room girl eventually gave up her bureaucratic process of checking our baggage tickets and individually showing us in and collecting the other portion. We arranged ourselves and located our own bags.

Nobody had any energy to go out for dinner so after an hour or so to clean up and lie down, we just met and had dinner in the hotel restaurant: beef stroganov and a local beer.