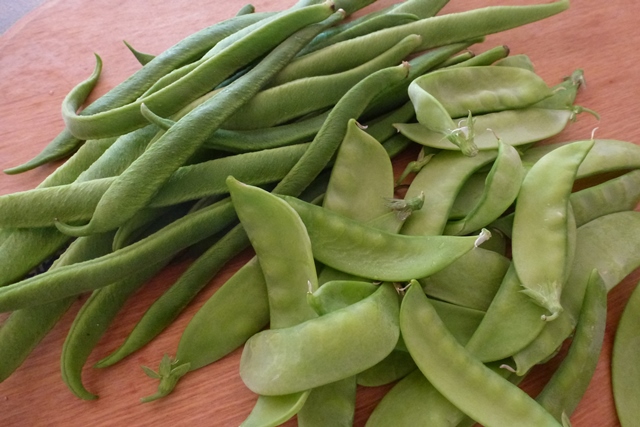 There is nothing as satisfying as picking a big pile of beans and peas fresh from the garden and serving them ready to eat 10 minutes later.

Peas and beans are very easy to grow from seed or from seedlings from the garden centre. Just make sure you protect them from the slugs and snails that love the fresh new shoots and the birds that dig them up and toss them around when they are looking for worms.

There are several different types of beans to try. I’m growing Scarlet Runner beans this year but often grow a mix of dwarf green beans and butter beans as well as my climbing beans. I like the climbing beans because they take up less space growing up a tripod or frame of some sort. You are supposed to be able to grow them with sweetcorn and have the cornstalks act as the poles for supporting the beans but, even with a few weeks’ head start, I’m sure my beans would quickly swamp the corn. Dwarf beans seem to produce more quickly, so they are good to plant early in the season and to keep planting later in the season as you get gaps in the veggie garden to keep your supply coming. 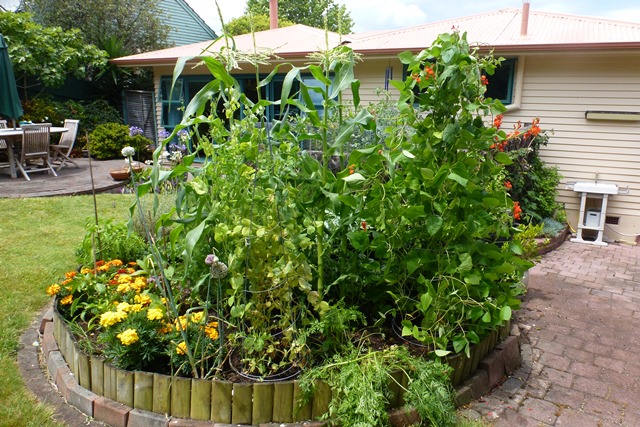 I have variable luck with peas. Sometimes I get enough for several meals, other times I get just enough to snack on when I’m in the garden. Last year all my plants blew over and died in a spring storm. They are also quite susceptible to powdery mildew in summer so they really are just an early season crop unless you want to spray them. This year I planted Snowpeas or Mange Tout (from the French ‘eat all’) and have had a really good crop from them and have only just had to pull them out as they succumbed to mildew.

One key thing about peas and beans is to keep picking them to keep them producing more. I often get far more beans than I can possibly eat at once, but they are easy to freeze (see freezing vegetables) to use later.

Fresh runner beans and snowpeas quickly stirfried with garlic and served with prawns and sesame seeds – what could be simpler for a delicious summer meal. 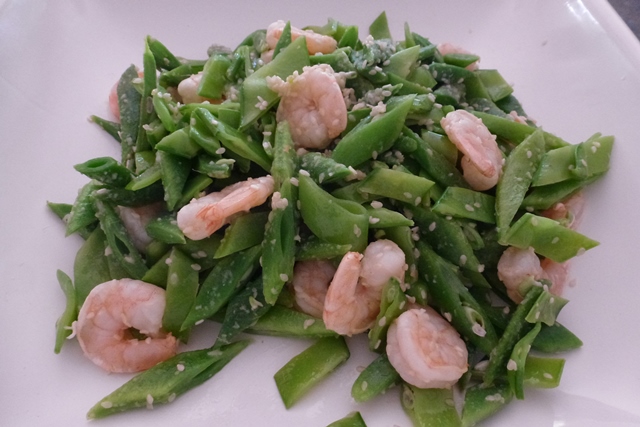