The Barossa Valley is a wine and food region about 60 km north-east of Adelaide and definitely worth a day trip. It is a beautiful drive winding through the hills and valleys up into the broad valley that is the Barossa. This is one of Australia’s oldest wine growing regions and the area was settled in the 1840s by Lutheran religious refugees escaping from Germany (and area that is now in Poland): they arrived at the port and then made their way up into the hills and started growing grapes. It has a hot continental climate and originally they produced fortified wines but it has evolved over the years. The region has now become famous for the distinctive style of Barossa Shiraz, a full bodied red wine with rich chocolate and spice notes – one of my all-time favourite wines.

I am surprised firstly by how large the region is (approx 13km x 14km) and then by how many different vineyards (not to mention eateries and accommodation establishments) there are in the area – there are huge roadside signs each listing vast numbers of different wineries. There is an amazing view out over the valley from a lookout on Menglers Hill Road. There are about 20,000 people living in the region, primarily in 4 main towns – we pass through Tanunda. 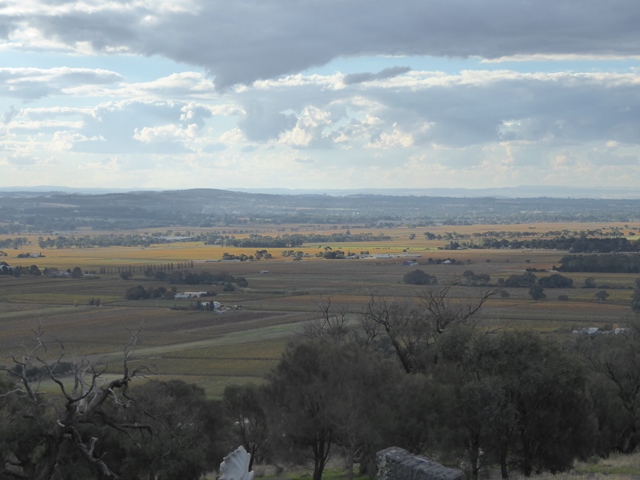 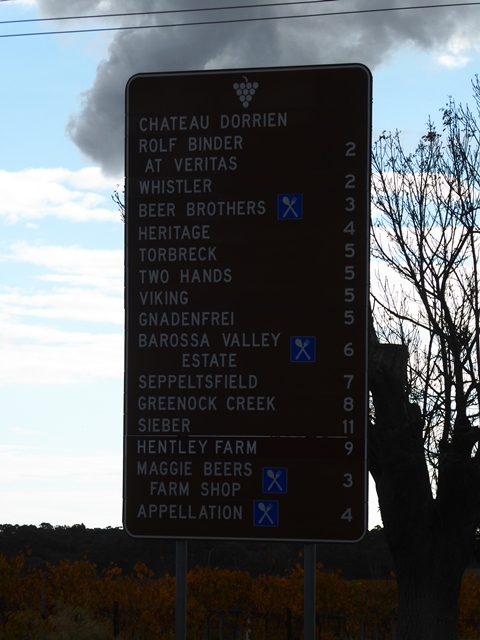 Our first stop is Rockford Winery which is totally picturesque with old stone buildings set amongst the beautiful autumn coloured trees.  It is based around an 1850’s stone settler’s cottage and outbuildings.  The vintage sheds are equipped with plant from the pioneer era, collected as they were discarded by other wineries when they modernised. It is extremely popular and the wine-tasting area is very small – but it was well worth the wait. The wine was delicious and many bottles were purchased between us. I bought some wine varieties that we don’t come across very often in New Zealand: a White Frontignac (originally used to make a fortified Muscat style wine, then as a rich sweet late-picked style wine, and now as a “zippy refreshing and delicately flavoured wine”) and an Alicante Bouchet (a juicy, fruit driven rose-style wine that tastes like cherries – delicious chilled); and a bottle of port to take home as a gift. 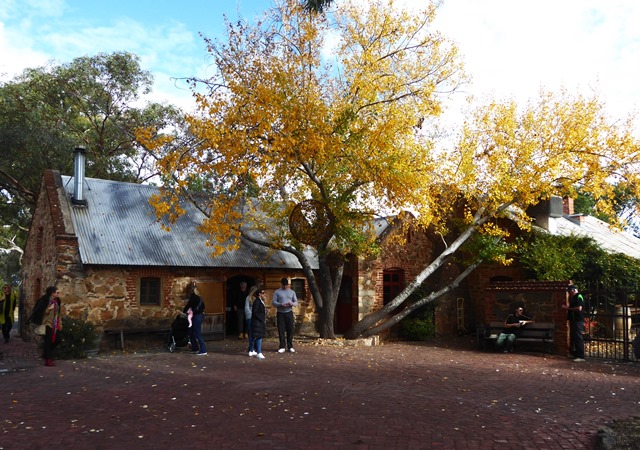 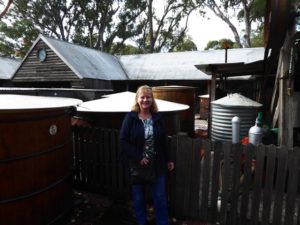 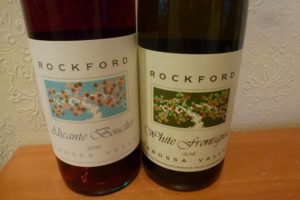 Our next venue is Charles Melton vineyards. Although it is a relatively new vineyard, the first vintage of Charles Melton Wines was in 1984, it is known for its more traditional wine-making styles. Charlie was one of the first to recognize the value and tradition of the Barossa’s old vineyard Grenache, Shiraz and Mourvedre. At a time when others were pulling out vineyards of Shiraz to plant more fashionable varieties, Charlie was convincing farmers to keep their historic vineyards. He was one of a small group of winemakers who helped retain the viticultural heritage of the Barossa. We stop for a tasting but have to cut it short as we will be late for the lunch we have booked (still another 20 minutes drive away). 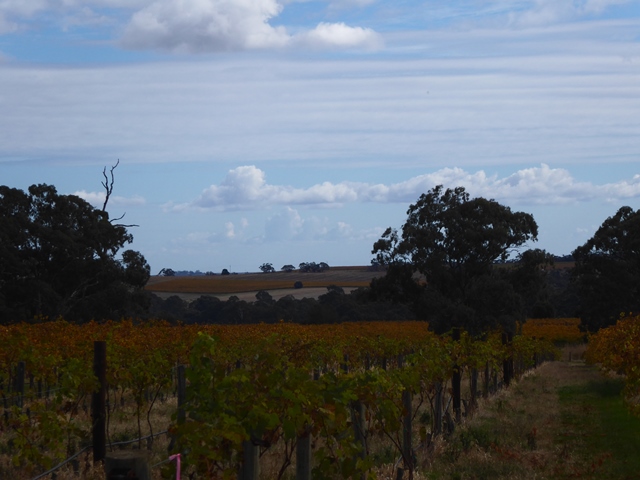 Lunch is at Seppeltsfield Winery. The Seppelt family first bought land in the area in 1850 and are one of the most successful wine dynasties. Now it is an absolutely massive facility with a huge restaurant complete with Italianate courtyard area and fountain, separate wedding venue, and an art and design cooperative called the Jam Factory (with everything from leatherwork, knife making, jewellery and glass blowing). The lunch is delicious with plates made for sharing and an extensive wine list. We have a rosé and share braised leeks with walnut purée, snowpea shoots and salted egg yolk; fish and a delicious eggplant and chickpea dish – finishing off with a Creme Catalan. 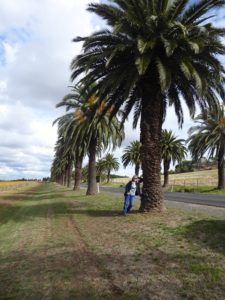 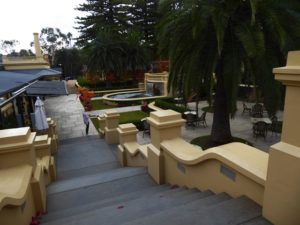 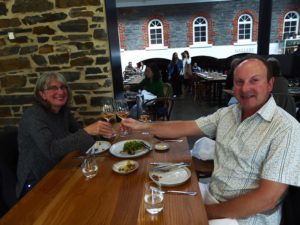 We decide against any more wine tasting and check out Maggie Beer’s Farm Shop before driving home. Maggie Beer is a former restaurateur, now writer and co-presenter of the Australian TV programme The Cook and The Chef. The shop is now becoming more of a restaurant than a shop but still stocks their locally produced pâtés, fruit pastes, jams, jellies, glazes, preserves, olive oil, verjuice, vinegars, herbs and spices, soups and ice cream.