When I go to Melbourne for work I like to explore the city a bit while I’m there. Walking tours are a great way to get a different perspective and some history. This time I went on a Miss Fisher’s Murder Mysteries Tour. The tour was run by Kathy of MEL Tours.

For those of you who haven’t yet met Miss Phryne Fisher – you really ought to. She is a fabulously sassy lady detective based in Melbourne in the 1920s, a woman of a certain class who does all the things that ladies weren’t expected to do: fly a plane, drive her own car, wear trousers!, shoot a pistol, all while looking impossibly fabulous. Phryne solves crimes often much more effectively than the local police.

Miss Fisher is based on the books by Kerry Greenwood and made into a TV series by ABC Australian Broadcasting Corporation. It is now available on Netflix but I have the box set of DVDs. A feature length movie is being planned: it now has a script and a title “Miss Fisher and the Crypt of Tears”; and also a ‘prequel’ (although no indication of when). Apparently the author was very clear that the series was to stay in the 1920s era so couldn’t just continue on going. 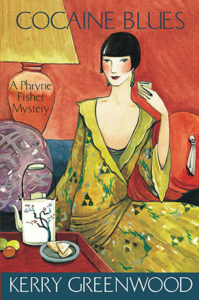 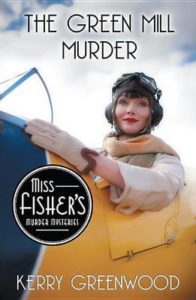 Phryne Fisher is a fictional character (possibly based very loosely on Kerry Greenwood herself – she has flown a Tiger Moth, jumped out of a plane and fired a pistol). Many of the characters, places and events in the book/series are based on those in Melbourne in the 1920s.

The 3 hour walking tour starts with a high tea at Self Preservation Cafe with an introduction to Miss Fisher – mostly just a reminder as the 9 people on the tour are all fans already (one couple even flew from the US especially to do this tour). In the tour we are given a fascinating history of Melbourne in that era and shown the various buildings that were used during the filming of the TV series: including Parliament buildings, The Treasury, The Windsor Hotel, and the Town Hall. Kathy also has video clips to show us of them as used in the episodes. 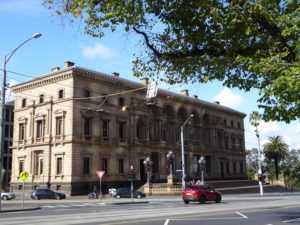 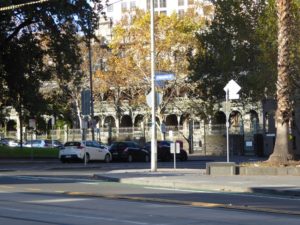 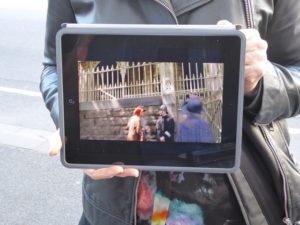 National Trust Office in the series 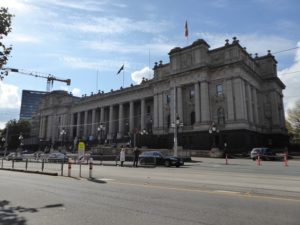 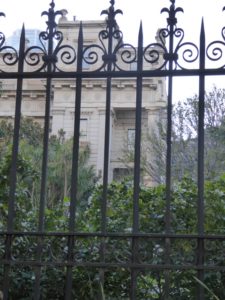 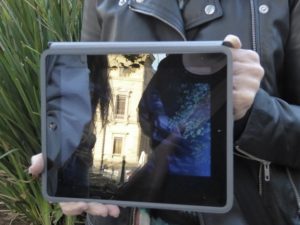 Rear of Parliament House in the series 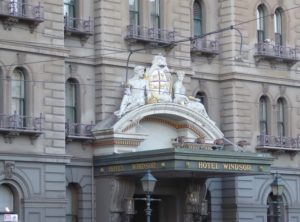 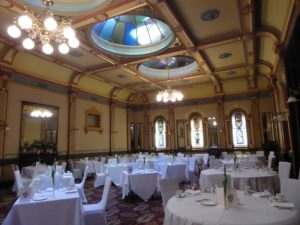 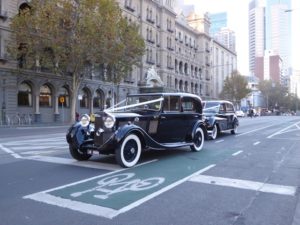 Old cars outside the Windsor Hotel 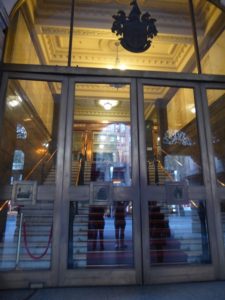 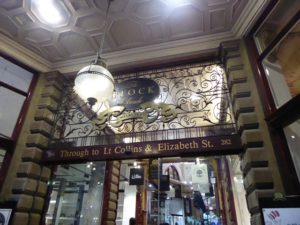 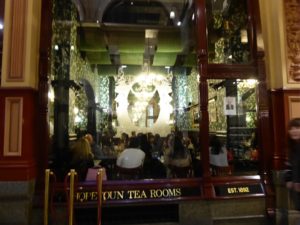 We hear that it was filmed on a shoestring budget, with thanks to the National Trust who made buildings available. Apparently it was filmed mostly early on Sunday mornings when there were few people around. Rather than cordon off streets (which is expensive) they used a rope and paid taxis and delivery vehicles to go another way around. They also used software to edit out the more modern buildings from the scenes and to remove any sounds that didn’t belong. (Much of the filming was conducted at Rippon Lea House & Gardens located approximately 7kms from Melbourne’s CBD. We didn’t visit on this trip but it is open to the public.)

It would have been wonderful to be able to see the costumes as well but they are no longer on display. Kathy tells us that this tour was developed 2 years ago to coincide with the release of series 3 and was only expected to go for about 6 weeks but is still going strong. The costumes were exhibited at a similar time.

We finish the tour with a special Miss Fisher cocktail at the Gin Palace: Melbourne gin, vermouth, apple liqueur and pear cider. 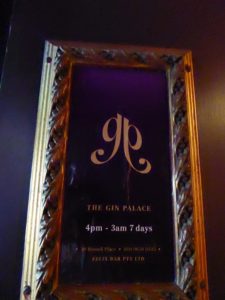 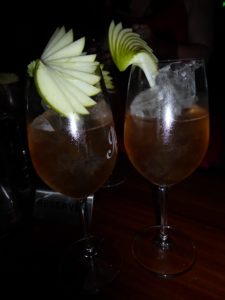 For other Melbourne walking tours see: