Going to the New Zealand Scrapbooking & Craft Expo (SENZ) is one of my favourite events in my crafting year. SENZ is very different from most craft fairs (that are predominantly people who have made crafty things selling their wares) in that the exhibitors are people who sell the supplies for people who do crafts.  This means that it is essentially a giant toy store where it is possible to spend large amounts of time and money.  SENZ is on for 3 days once a year and has been at many different NZ centres but in Auckland for the past several years. If you are so inclined and get a chance it is very worth while going because you get to see most of the craft suppliers in one place.

Two years ago I wrote a post that listed out some of the paper craft suppliers that I was familiar with for those that hadn’t been able to go to SENZ. When I looked back on that post I was struck by just how much things had changed in that relatively short time. Some of the stalwarts that I started my stamping and papercraft journey with are still in operation but many have moved, changed their focus or closed down. The good news is that lots of new suppliers have popped up in their place, some of whom only supply on-line. 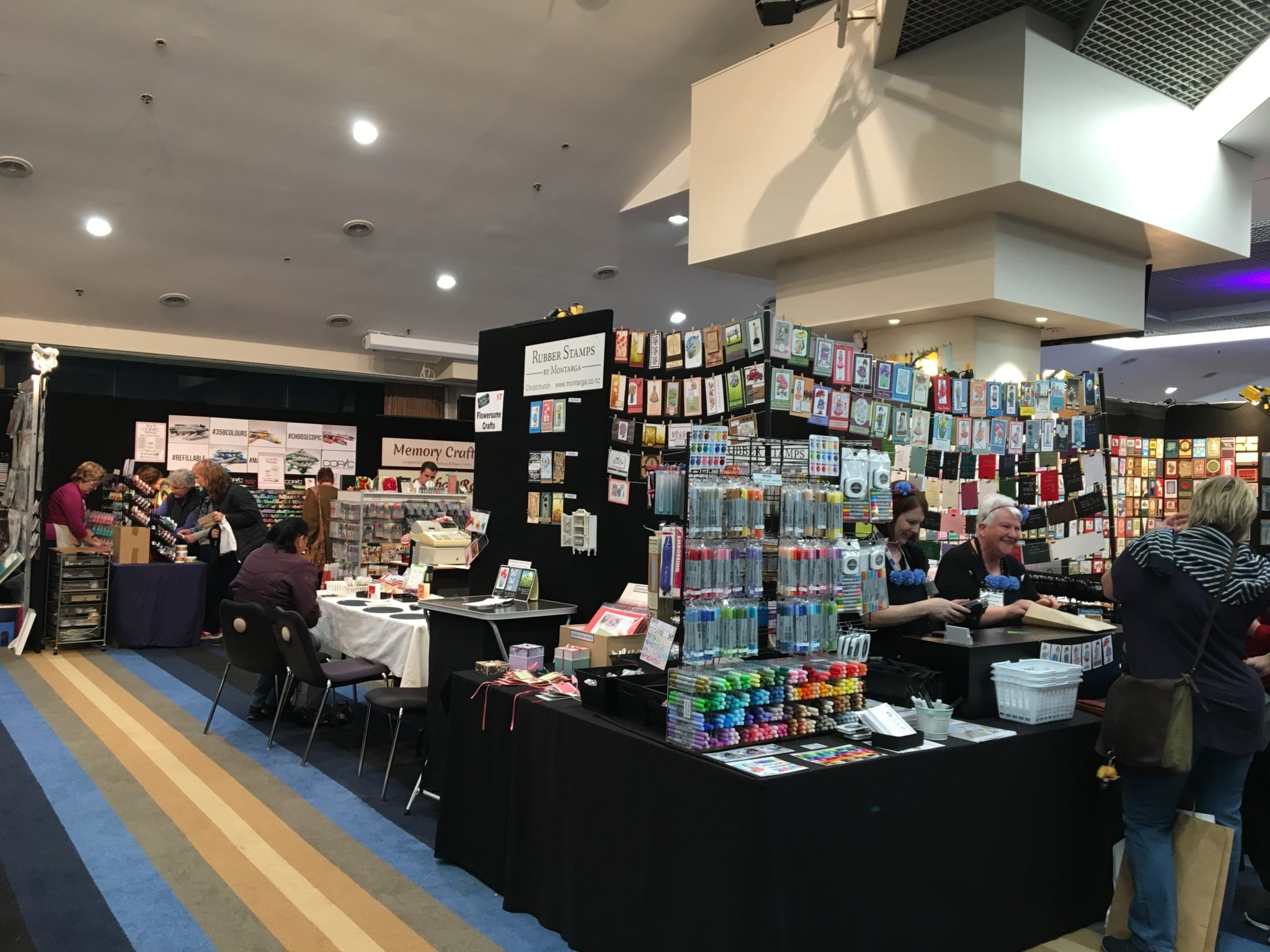 Rubbadubbadoo Artstamps – Clinton and Tanya Hawkes make over 3500 rubber stamp designs and will also make stamps to order.  You can also buy their stamps unmounted at a much cheaper price which is fantastic when you are just starting out and want to buy a good selection of different stamps. Profits from their Tauranga-based business are channeled into the Stepping Stone Ministries Charitable Trust, so you can help make a difference as well having fun crafting.

Memory Crafts – I was introduced to Memory Crafts at the 2015 SENZ and since then they have become my go-to store for the majority of my crafting supplies. They are based in Mt Wellington, Auckland and are a branch of The Ribbon Rose, New Zealand’s largest independent needlecraft store. Their website says “We stock all things paper-craft, punches, dies, embossing folders & tools, paper / cardstock, stamps, stickers, embellishments, paper cutters & guillotines, scissors & more! We are loaded up with stock, and have more arriving all the time! Don’t see what you are after? Get in touch and see if we can help, sourcing what you need is our job.” This is so true – over the past 2 years the range of stock that they have, are about to get or can get for you has just blown me away. In the past we had to wait months before new releases overseas arrived in NZ – now it can be just a week before I can indulge in my favourite Tim Holtz supplies thanks to Jonathan’s efforts.

Stampin’ Up! – have a very different model in that their products are not sold in stores, but may be purchased at home parties or through a network of independent sales consultants called Stampin’ Up! demonstrators.  Their product range is also very different from the others and they have a lot of coordinated sets to make it easier if you are just starting or only want to do a few things. Rachael Knight is my ‘demonstrator’ and has been a stalwart of SENZ for many years – I first met her over 10 years ago.

Scrapbook Central – this was the first time I had come across this company, who are based in Petone, Wellington, but they have been in operation since 2003. Their stand at SENZ was spectacular and they had demonstrations of the latest Tim Holtz/Ranger product that I was dying to see (Distress Oxide) and lots of inspiring things to try (and buy).

Warehouse Stationery – have always stocked art and craft supplies but were too focused on kids’ crafts for my liking and you had to grab something quickly if you saw it because it was likely not to be there next time. But they are now focusing more on adult audiences and have a great supply of the sorts of things that I am likely to buy – I certainly hope this lasts.

Craftables – a family owned business based in Tauranga.  They have both an online and physical store (with coffee), and run classes.

Artfullcrafts – based in Timaru and purports to be New Zealand’s largest independent paper-crafting store and online retailer.

Faith Pocock Craft Studio – based in Ngaruawahia and specialises in products for embellishing your projects. Had a great stand with lots of interactive demonstrations.

Three Little Whimzee – based in Tauranga and specialise in UK products to provide something a bit different.

Robyn Pitcher Stamps – based in Manaia in Taranaki, has a different range of stamps from the other stores.

Montarga ArtStamps – are based in Christchurch.  They make business and address stamps as well as their own range of art stamps and stock a good range of paper crafting supplies.

Art of Craft – are a family business based in Papamoa.  They have a physical store as well as an on-line store with a huge range of art stamps (local and imported) and crafting supplies. Lots of interaction with newsletter and classes available. But they weren’t at SENZ this time.

Hastings Rubber Stamps – used to be my favourite go-to store but unfortunately after 25 years they have stopped stocking paper crafting supplies and now just have stamps. They weren’t at SENZ this time.

There were a number of other craft stores represented at SENZ that I haven’t covered here, largely because they were more focused on scrapbooking (which isn’t really my thing).