A visit to Hampton Court Palace is a must-do activity if you are visiting London or South-East England. Hampton Court Palace is one of only two surviving palaces out of the many owned by King Henry VIII. The palace was built in 1515 for Cardinal Thomas Wolsey, a favourite of King Henry VIII, but when he fell from favour the King seized the palace for himself and later enlarged it. A century later, there was a further rebuilding and expansion project (intended to make the palace rival Versailles) which left the palace in two distinct contrasting architectural styles, Tudor and Baroque.

The front of Hampton Court Palace is quite magnificent. On the bridge over the moat leading to the great gatehouse are ten statues of heraldic animals, called the King’s Beasts, that represent the ancestry of King Henry VIII and his third wife Jane Seymour. The animals are: the lion of England, the Seymour lion, the Royal dragon, the black bull of Clarence, the yale of Beaufort, the white lion of Mortimer, the White Greyhound of Richmond, the Tudor dragon, the Seymour panther and the Seymour unicorn.

Gill and I went with my godmother Sue on a Sunday morning to attend a Choral Matins service at the Chapel Royal. Even if you are not religious it is fabulous if you get chance to experience it, to soak up the history and the pageantry of the service. The timber and plaster ceiling of the Chapel is considered the “most important and magnificent in Britain” but is all that remains of the Tudor decoration, after redecoration supervised by Sir Christopher Wren. Opposite the altar is the royal pew where the royal family would attend services. Unfortunately we were not allowed to take photos inside. 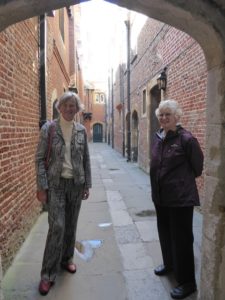 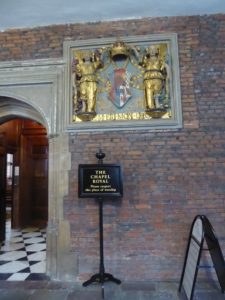 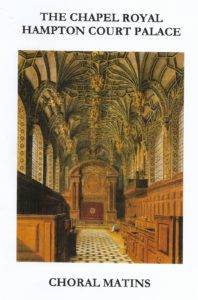 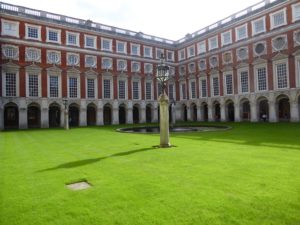 Although we hadn’t intended to do a major tour of Hampton Court Palace this time, we were perfectly placed to have a look into the magnificent kitchens built for King Henry VIII and to walk through the Royal Kitchen Gardens. This was also a very fitting thing to do with Sue who shares my interests in gardening and cooking. Henry VIII’s first building project at Hampton Court created vast kitchens capable of feeding his court of 1,000 people. There were people dressed in period costume roasting meat on the spit in the vast fireplace. Although the pieces of meat were quite large, they were absolutely dwarfed in the space that was designed to feed hundreds of people at a time.

Hampton Court Palace’s Royal Kitchen Gardens were established in the 17th century to provide fruit, vegetables and herbs for the Royal Kitchens. In the 18th century they were turned in to ornamental gardens but in 2014 they were re-established in the 18th century designs and are growing many of the varieties of fruits and vegetables that were around in the 18th and 19th centuries. There are many beautiful gardens around the Palace including the Hampton Court maze but we didn’t have time to explore further this visit. However we did see more people dressed in period costume who were telling stories and entertaining the children. 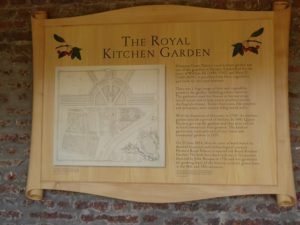 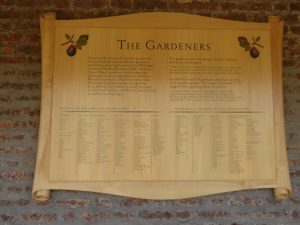 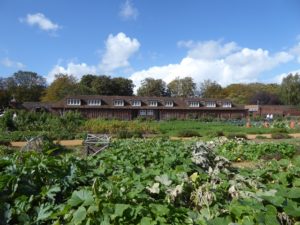 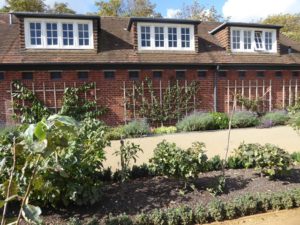 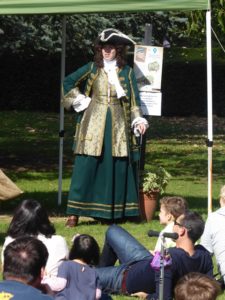 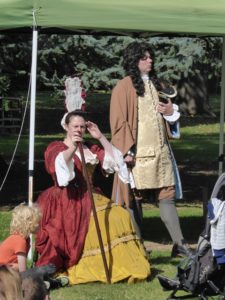