This Blackberry, Apple & Pinot Noir Jam has the great pairing of blackberry and apple, lifted by the addition of pinot noir. After making Apple Pie Jam I was in the mood for another jam to make using apples and thought ‘what about blackberry and apple? Perfect in a dessert, why not in a jam?’ I’d also made Raspberry & Rosewater Jam, where the addition of the rose water gave a subtle lift to the fruity flavour of the raspberries, so why not try a splash of wine to lift the blackberry and apple combo – not something overwhelming like a shiraz but just a subtle flavour like pinot noir. The alcohol itself burns off in the cooking process just leaving the rich flavour behind.

Peel, core and finely chop the apple. Put in a small saucepan with the water and bring to boil. Simmer until the apple is soft.

If using frozen blackberries, heat them in the preserving pan until completely thawed and soft.

Put the cooked apple, blackberries, sugar and all except 50ml of the pinot noir into a preserving pan. Bring to the boil slowly, stirring until the sugar has dissolved. Increase the heat and bring to a rolling boil. Cook for approx 15 mins until setting point has been reached. Setting point has been reached when a small amount of jam dropped on a cold saucer wrinkles when you push your fingernail through it.

Turn off the heat and allow to cool slightly. Add the remaining pinot noir and leave to cool for about 10 minutes. 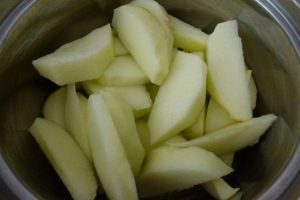 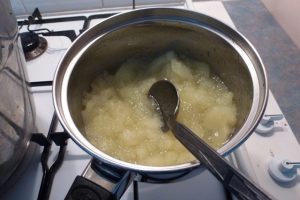 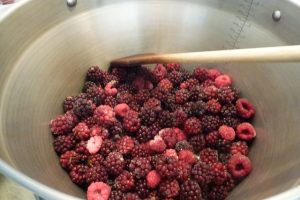 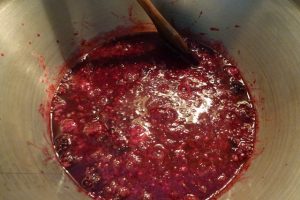 Heat until thawed and soft 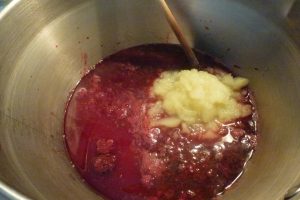 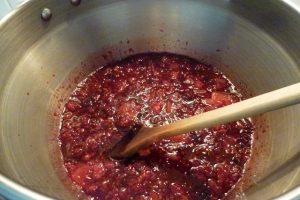 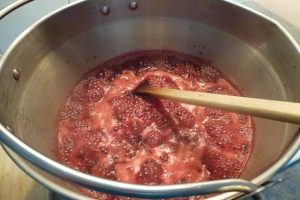 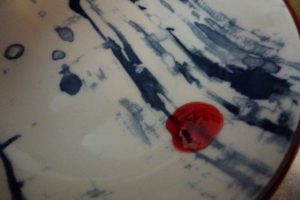 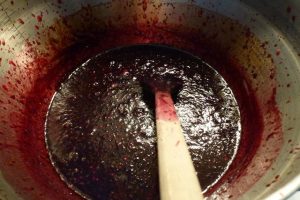