Fig & Ginger Jam! I can’t believe it is 4 years since I first got fruit on my fig tree (see Fickle Figs) and rather unsuccessfully experimented with the few I managed to get before the birds did. Back then I desperately resorted to making Fig & Ginger Jam using dried figs. I have managed to mostly keep ahead of the birds since then by trying holographic tape and picking fruit as soon as it was soft every day and freezing it to accumulate enough to make things. This year I got a Popadome fruit tree net and it was fantastic. It easily covered the tree and I tied it in tight around the trunk. This allowed me to let the fruit ripen properly on the tree. I harvested plenty to eat fresh and plenty for the freezer for using later. 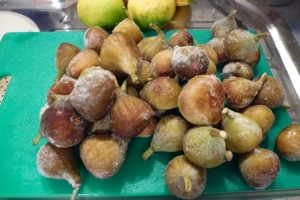 If using frozen figs, thaw slightly to make it easier to cut them. Remove the stems and cut into quarters. Put in preserving pan with the water. Bring to boil and simmer for about 10 mins. If you want a less chunky jam, use a stick blender to break up the figs a bit more.

Add the sugar, lemon juice, and ginger, and stir until the sugar has dissolved. Increase the heat and bring to a rolling boil. Cook for 15 minutes or so until the mixture reduces and thickens. You don’t need to test for jam setting point for this recipe.

Leave the jam to cool for about 10 minutes before ladling into hot sterilized jars and seal. 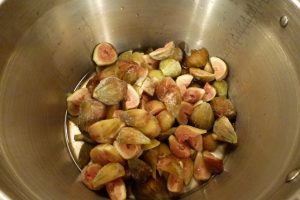 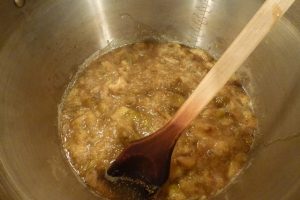 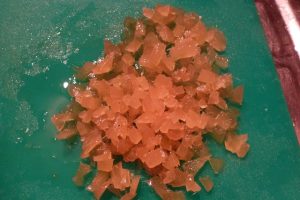 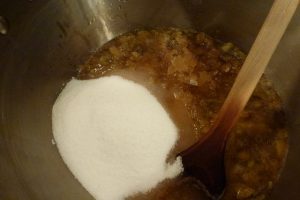 Add sugar and ginger to figs 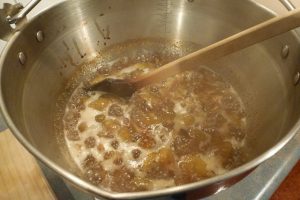 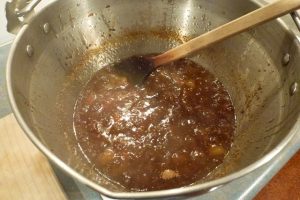 Until thickened and reduced

Try this Fig & Ginger Jam with a cheese board. 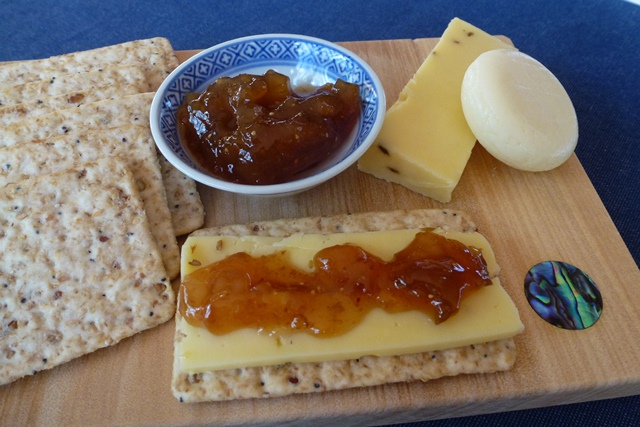 *Stem ginger in syrup, is also called preserved ginger. You might be more familiar with the term root ginger than stem ginger but actually neither is strictly accurate because ginger is technically neither root nor stem, but a rhizome (something between the two). Stem ginger is peeled and cooked slowly in syrup. You could use crystallized or ‘naked’ ginger if you preferred. 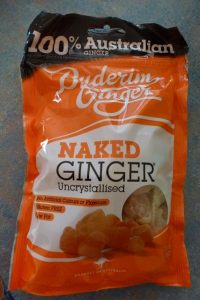 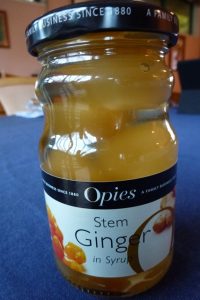