Macramé was all the rage in the 1970s. I took to it with a passion, making countless macramé pot-plant hangers, bags, wall-hangings, key rings – you name it, I tried it. I remember even being commissioned to make a giant floor to ceiling multi-level plant hanger for my parents’ lounge. I still have a macramé bag that I made way back when. 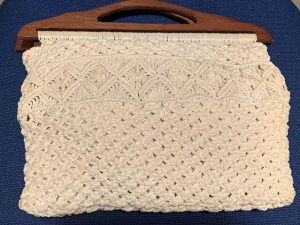 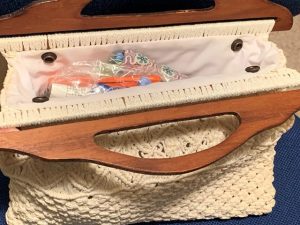 What is Macramé?
Macramé is essentially “the art of tying decorative knots”.

The origin of Macramé is generally attributed to Arabic weavers during the 13th century, using decorative knots to finish the loose ends of hand-woven textiles. However, decorative knot-tying can also be traced back to third-century China on ceremonial textiles as well as wall hangings.
While it may be hard to pinpoint the very first Macramé ever made, thanks to those 13th century Arabic Artisans the craft slowly spread throughout Europe and eventually became a common pastime for Sailors.
Sailors played a large role in keeping Macramé alive and sharing the art with new lands. Knots had many practical uses aboard their ships, but decorative knot-tying kept hands and minds occupied during long voyages. Furthermore, they would sell and barter their knotted goods such as hammocks, belts and hats at port.
Knot-tying remained a popular hobby and way to adorn clothing and textiles through the Victorian era, when it fell mostly out of favor until it’s wild and fabulous return in the 70’s.
Modernmacrame.com

Most macramé uses just a few basic knots and once you have these mastered you can attempt most things as long as you are good at following a pattern (on paper or in your mind).

Although I stopped making macramé after I realised that there were only so many pot plant holders, bags and wall-hangings that I and my friends and family could use, I couldn’t resist having another go at making something for old times’ sake. I found a kitset that looked intriguing and started knotting … 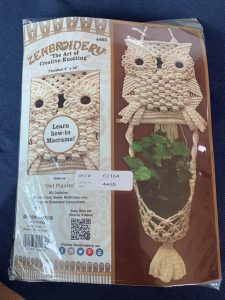 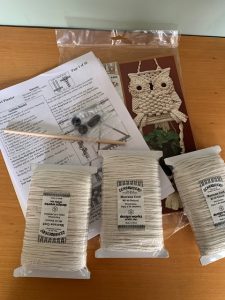 Kitset has everything you need 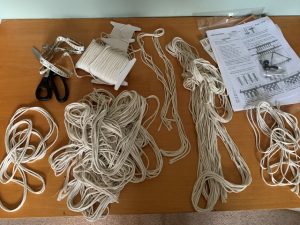 Start by measuring out your cords 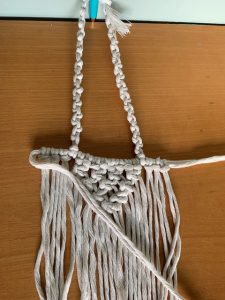 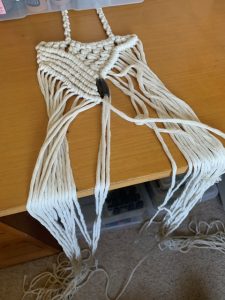 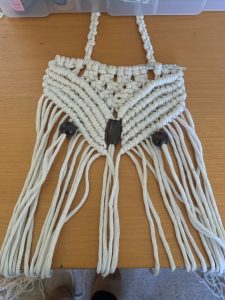 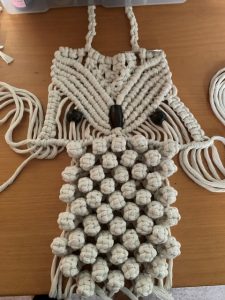 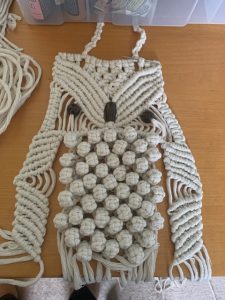 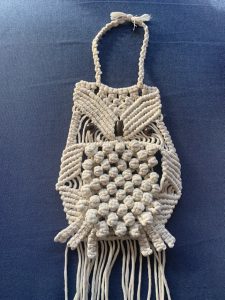 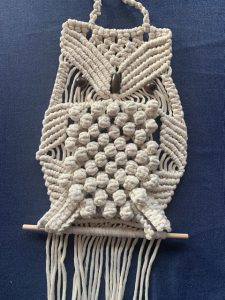 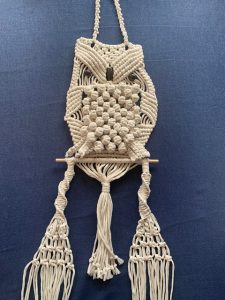 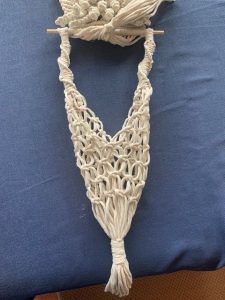 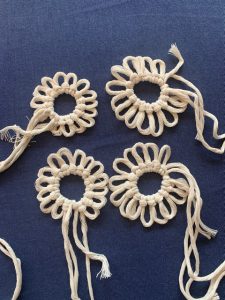 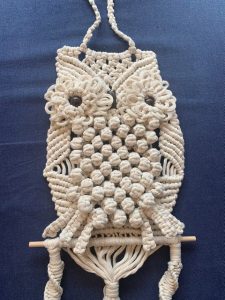 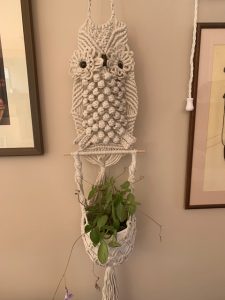 A kitset gives you everything you need to make a particular piece but you are somewhat stuck with what you are given. I really didn’t like the cord that was supplied with this kit and some of the lengths ended up being too short (but I could add new pieces in). After I’d made it, I realised that it would have been better with another wooden dowel at the top to hold the owl straight – unless you had a very small, light plant it would pull the hanging down too much and stretch the owl out of shape. Perhaps I can retrofit something? Otherwise I will simply have enjoyed the ‘memory lane’ experience of revisiting a ‘craft of my youth’.