Louise Slice (also known as Louise Cake) is a great recipe to make when you have extra egg whites to use up. The combination of raspberry jam and coconut meringue topping on a shortbread base is very moreish. I also had some sweet short pastry to use up as well so I used that for the base. You can also make individual tarts if you prefer. 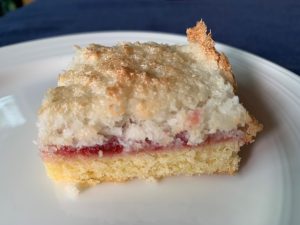 Base
In a bowl cream butter and sugar until light and fluffy. Beat in one egg yolk at a time then sift in flour and baking powder. Mix well until it resembles fine breadcrumbs then press mixture evenly into prepared tin.

If using sweet short pastry, just press the pastry evenly into the tin.

Bake for 10 minutes then remove from the oven to cool for 5 minutes. Increase oven temperature to 180°C.

Topping
In a bowl beat the egg whites until they form stiff peaks. Add the caster sugar  a little at a time; continue to beat until the mixture is thick and glossy. Gently fold in the coconut and vanilla.

Spread the raspberry jam over the prepared base then spread coconut topping over and bake for 15-20 minutes. Cool in the tin then remove and cut into squares.

Press mixture or pastry into tin 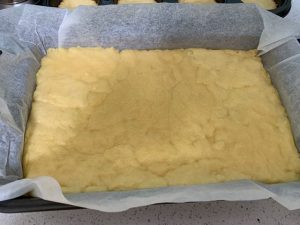 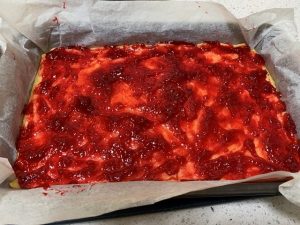 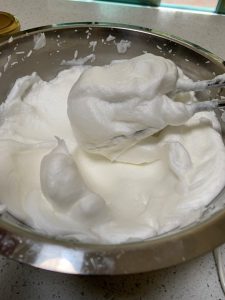 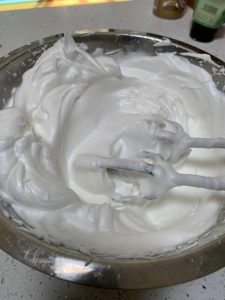 Add sugar and beat till glossy 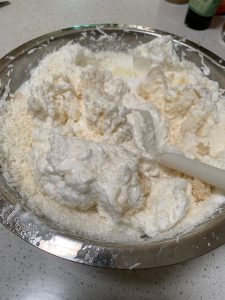 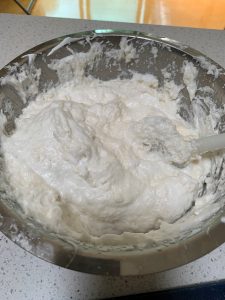 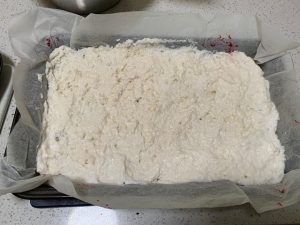 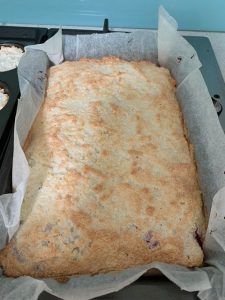 You can make individual tarts instead: 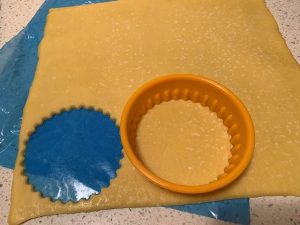 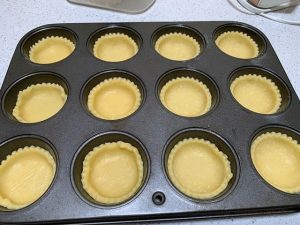 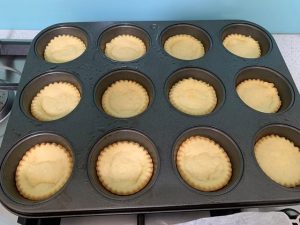 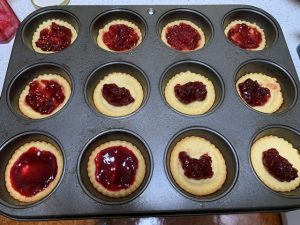 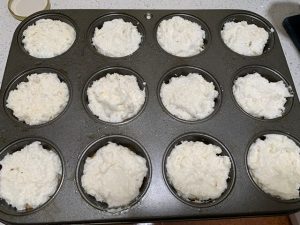 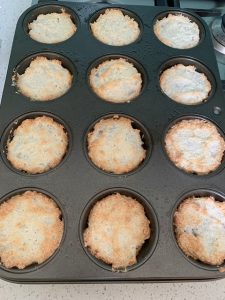