It is easy to just become accustomed to your back yard and forget how much it changes with the seasons and the years.  Over the last 20 years my garden has changed from being a rather bare and overgrown space with a few fruit trees to gaining some structure and landscaping.  I did a landscape design course at night class and worked out all the elements I wanted included in the garden and where they should be but couldn’t quite get it to look cohesive.  With the help of a garden designer (who had some very practical advice such as “if you dug that area out you would have 5 m3 of soil – have you thought about where you’d put it?”) we managed to put in the foundations and flowing curves that define the garden now.

The house was expanded to create a lovely sunny living space with sliding doors opening out onto a private haven in the back yard.  A veggie garden has always been an important part of the garden, but my focus at the time was to create a low maintenance garden based on shrubs and native plants. 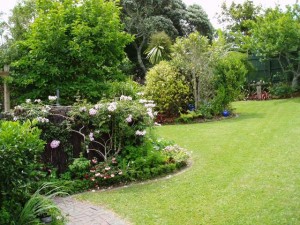 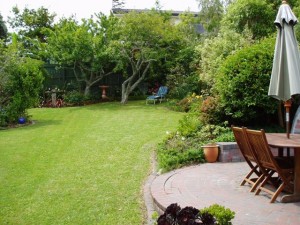 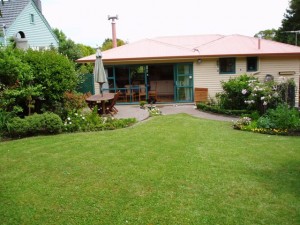 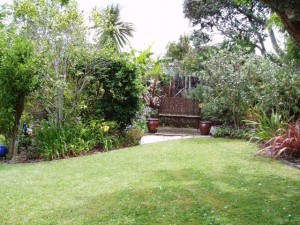 Over the next decade the low maintenance garden survived very well during a period of enforced neglect when a chronic pain condition meant that I was unable to do the work in the garden that I wanted to.  Many of the native trees had grown huge and I had to get someone in to prune them every year to avoid the garden being plunged into deep shade.  By that stage I had a growing interest in having a more productive garden and decided that if I had to prune then I may as well be pruning fruit trees.  And so began another reinvention of the garden that is still under way. 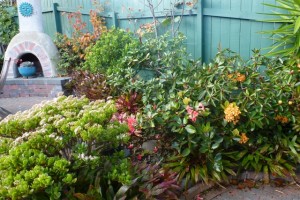 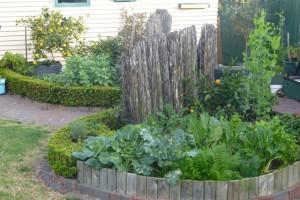 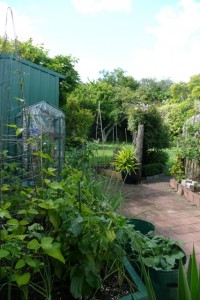