The Galapagos Islands are a magical place.  They have been on my must see list for as long as I can remember.  To a biologist they are the equivalent of Mecca – a place that you must make a pilgrimage to at least once in a lifetime.  They are the place that inspired Charles Darwin’s theory of evolution by natural selection when he saw the large numbers of supremely adapted bird and marine species that can be found nowhere else in the world – truly a living laboratory.

The island archipelago is found 1000km off the coast of Ecuador, straddling the equator.  There are 13 major islands, 6 small ones and another 42 islets that are barely more than large rocks spread over about 80,000 sq km of ocean.  The islands and their surrounding waters are a province of Equador, and also a national park and a biological marine reserve.

The islands are volcanic in origin, formed from the Galapagos hotspot which sends up a plume from the Earth’s crust forming volcanos.  The islands sit on the Nazca tectonic plate which is gradually moving east/southeast a few centimetres a year and moving under the South American tectonic plate.  So as the Nazca plate moves, the older islands move away from the hotspot, are no longer volcanic and begin the process of colonisation by plant life and erosion to flat vegetated islands suitable for habitation by birds and other creatures.  This has happened over millions of years.  The youngest islands to the west are still being formed by volcanic activity and have very little vegetation on them. 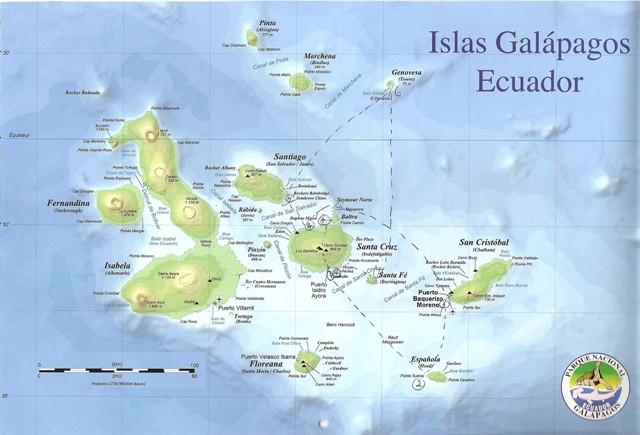 The real miracle is how these volcanic rocks in the middle of a vast ocean hundreds of kilometres from anywhere have become the biological wonderland that it is today.  Two major marine currents pass the Galapagos: the cold Humboldt current and the warm El Nino current. The cold Humboldt current sweeps up from the south of Chile bringing with it a cool bank of clouds that have a moderating effect on the climate giving an average temperature of only 18C from May to December even though it is right on the equator.  The other current is the warm northern El Nino stream bringing hot (av. 28C) wet weather from January to May.

The flora and fauna of the islands have stemmed from ancestors that must have crossed the 1000km stretch of ocean.  This explains the predominance of birds (that could fly), sea mammals (that could swim) and reptiles (that could float on rafts of vegetation and survive for long periods without food or water).  Insects would have come on or in the animals or on the vegetation.  Darwin noted how over time each of the species had adapted to survive and thrive.  Most famous are ‘Darwin’s Finches’ that have become different species each with different beak sizes and shapes to suit a particular environment: short thick beaks to split seeds, long thin beaks to catch insects, etc. 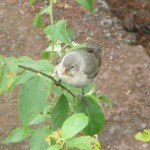 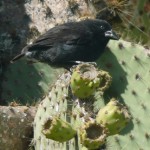 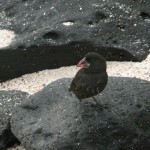 Historians believe that the islands were first discovered by accident in 1535. 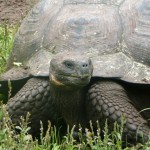 Then for several hundred years they were a haven for pirates and whalers who disturbingly discovered that the giant tortoises could be stacked up on their backs in their ships for up to a year without food or water and still make a good soup.

The first permanent colonist arrived in 1812 but over the next hundred or so years there were mainly slaves and convicts on the islands. The US had an airbase there during World War II and it wasn’t until 1958 that the last penal colony closed.  Tourism has been increasing since the first passenger flights in the 1960s. 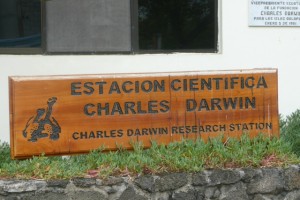 The Galapagos were declared a National Park in 1959 with the aim of protecting the islands and encouraging scientific research..  The Charles Darwin Foundation was also created in 1959 under the auspices of UNESCO.  The Charles Darwin Research Centre was established in 1964 with scientific, educational and protective objectives – particularly to overcome the effects of introduced animals and prevent other man-made disasters. 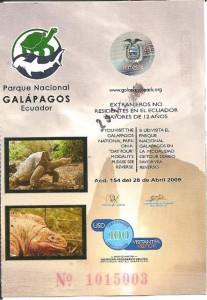 Tourism is now tightly controlled and only about 100,000 people are allowed to visit each year – and you must pay $100 entrance tax.  All visitors must be accompanied by a trained guide.  There are only a set number of charter vessels permitted to operate and generally must be of limited size to restrict the number of people in any area.  Each vessel has a strictly controlled itinerary so that only a few vessels are in any area at a particular time at specified landing places, and only one group of passengers are to be on land at any one time.  You can stay on land in a hotel but this limits the distance you will be able to travel in a day.

For trips to the Galapagos Islands see: