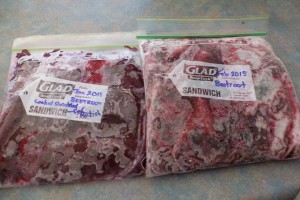 This is a really tasty relish that you can make when beetroot are plentiful in the shops or, as I did, cook and grate beetroot in smaller batches when you have extra in the garden and freeze them to make relish later on.  The recipe uses 500g of whole beetroot; I had about 750g of peeled and grated beetroot so I made double the recipe.  The double recipe only made 5 small jars of relish.

*You can use fresh peeled and grated beetroot or if you prefer roast the beetroot first (spray with oil and roast at 180C for 1-1.5 hours) which makes it easy to peel off the skin (you might want to wear gloves so you don’t get beetroot-stained hands) and put in the food processor.  You can freeze the beetroot at this point to use it later.

Toast the mustard seeds in a saucepan over medium to high heat just until they start to pop.  Then turn the heat down to medium, add the oil and onion and sauté until the onion is soft and translucent.  Add the rest of the ingredients and stir to combine.

Bring to the boil and simmer for 30-40 minutes (you need enough bubbling to boil off the liquid but not so you spatter the kitchen with beetroot spots).  If you are using raw beetroot you may need to cook it a bit longer.

Once you have a moist but not too liquid relish, spoon it into sterilised jars and seal. 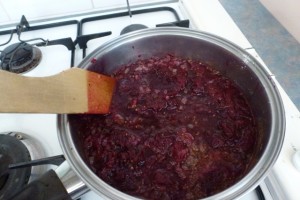 Add all the ingredients to the saucepan 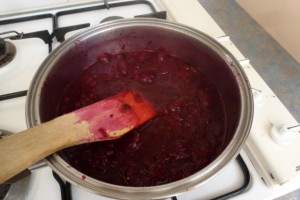 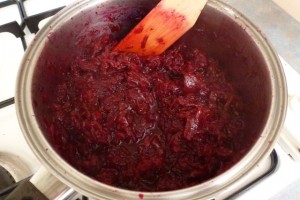 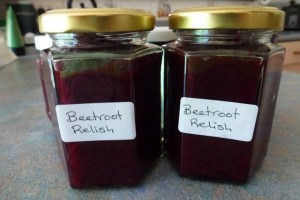