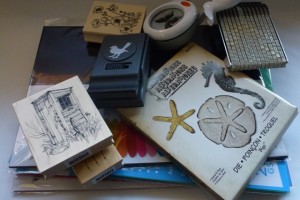 A few weeks ago Steph and I visited the New Zealand Scrapbooking & Craft Expo (SENZ). Most craft fairs seem to be predominantly people who have made crafty things selling their wares.  SENZ is very different in that the exhibitors are people who sell the supplies for people who do crafts.  This makes it a giant toy store where it is possible to spend large amounts of time and money.  We spent 6 hours looking around and I’m not going to tell you how much money we spent.  SENZ is on for 3 days once a year and has been at many different NZ centres. If you are so inclined and get a chance it is very worth while going because you get to see most of the craft suppliers in one place.

But if you are not lucky enough to be able to attend, I thought it might be useful to list out some of the craft suppliers that I am familiar with.  It was very pleasing to see a whole lot of newcomers this year. Some things you can buy from almost anyone but there are other things that you can only find at one or two stores.  Most have got great on-line stores and will deliver to your door (be warned: this can be dangerous for the bank balance!).

Rubbadubbadoo Artstamps – Clinton and Tanya Hawkes make over 3500 rubber stamp designs and will also make stamps to order.  You can also buy their stamps unmounted at a much cheaper price which is fantastic when you are just starting out and want to buy a good selection of different stamps. Profits from their Tauranga-based business are channeled into various Charitable Trusts and Agencies, so you can help make a difference as well having fun crafting.

Art of Craft – are a family business based in Papamoa.  They have a physical store as well as an on-line store with a huge range of art stamps (local and imported) and crafting supplies. Lots of interaction with newsletter and classes available.

Hastings Rubber Stamps – is based (not surprisingly) in Hastings.  Donald Hurley and the team make business and personal stamps as well as stocking a whole range of local and imported art stamps and paper crafting supplies.  They have a physical store as well as an on-line one, and hold cardmaking classes and workshops at the shop and all over New Zealand.  Unfortunately from September 2015 (after 25 years) they have stoppped stocking paper crafting supplies and now just have stamps.

Kiwi Stamping – Gwen and Malcolm are based in Tokoroa and make their own range of art stamps; along with a small supply of stamping accessories.

Paper Wonderland – Kristy and Josh run their business out of Northland and are relative newcomers to the online craft store business.  They have a good range of stock and have managed to introduce me to several new products.

Montarga ArtStamps – are based in Christchurch.  They make business and address stamps as well as their own range of art stamps and stock a good range of paper crafting supplies.

Craftables – another family owned business who have taken over from StampZone in Albany.  They have both an online and physical store (with coffee), and run classes.

Scottie Crafts – are based in Auckland but have recently gone from having a physical store to being solely an on-line store and are seeking to be ‘the’ go-to online store for crafts.  They have a blog and videos.

Stampin’ Up! – have a very different model in that their products are not sold in stores, but may be purchased at home parties or through a network of independent sales consultants called Stampin’ Up! demonstrators.  Their product range is also very different from the others and they have a lot of coordinated sets to make it easier if you are just starting or only want to do a few things. 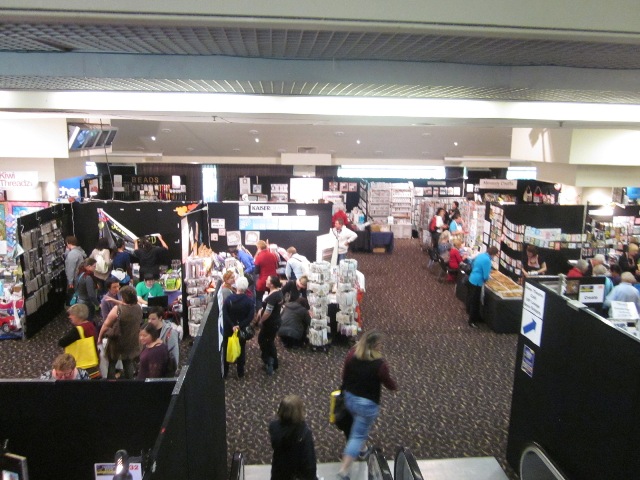 View of part of SENZ – I don’t remember it being as empty as this! Photo courtesy of Steph.

I am not familiar with these paper craft stores but met them at SENZ:

Create Auckland – is based in Three Kings in Auckland, run by Fiona Caldwell.  I am not familiar with her store (online and by appointment) but she started SENZ back in 2002.

Artfullcrafts – based in Timaru and purports to be New Zealand’s largest independent papercrafting store and online retailer.

Scrap A Do – Carlena runs a home-based shop and online store based in Pakuranga, Auckland and has been running since 2014.

Memory Crafts – are based in Ellerslie, Auckland and are a branch of The Ribbon Rose, New Zealand’s largest independent needlecraft store, but have scrapbooking, card making and paper crafts.

Faith Pocock Craft Studio – a new venture based in Ngaruawahia

Robyn Pitcher Stamps – based in Manaia in Northland, has a different range of stamps from the other stores

General – these stores always have quite a range of craft supplies but they never seem to have a constant stock of anything, so grab something you like when you see it.