If you love feijoas, then this is a very special way to enjoy the flavour months after the trees have stopped dropping their crop all over the ground.  This is a variation on the traditional ‘rum pot’ where the aim is to preserve the fruit.  Although you can definitely enjoy the preserved fruit, with this recipe the flavoured vodka is a delicious treat that should definitely be savoured in its own right.

Peel and slice enough feijoas to fill a large jar (mine was about 2 litres) to about 2/3 full.  Add about a cup of sugar and fill up with vodka. Shake the jar well. Put the jar in a dark place and shake it daily for about a week until the sugar is fully dissolved. 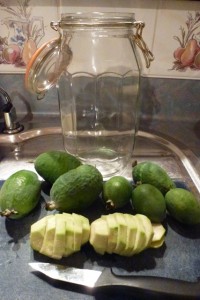 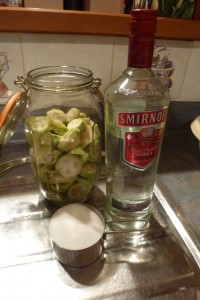 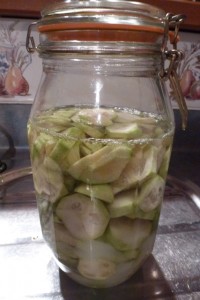 Add a cup of sugar and top up with vodka

Keep in a dark place for at least 3 months (longer is better).  The fruit may discolour a bit during this time.  Strain the vodka into bottles, reserving the fruit.  The boozy fruit can be used in cakes and desserts – or just served with ice cream.  You can freeze it to use later.

Serve the feijoa vodka with apple juice and soda (or Appletise if you have it).  It is nice with some fresh lime and soda too. 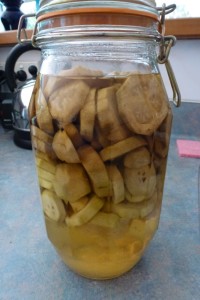 After 3 months or more strain out the fruit 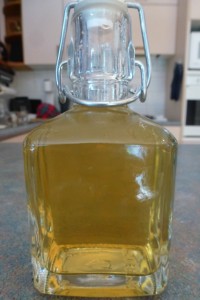 Decant into decorative bottles for gifts 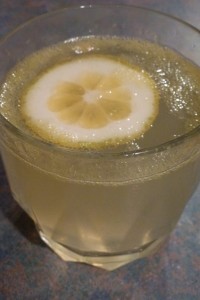 Serve with fresh lime and soda

Feijoa vodka in decorative jars makes a great gift.  Create a gift-set with other home-made liqueurs such as limoncello and plum brandy, or put with other homemade treats in a decorated container. 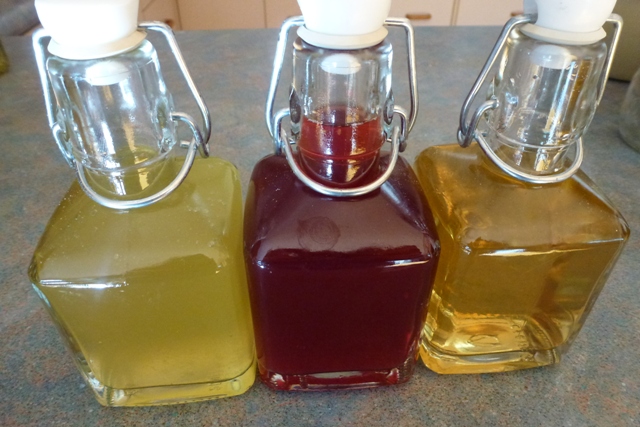 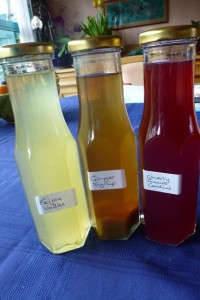 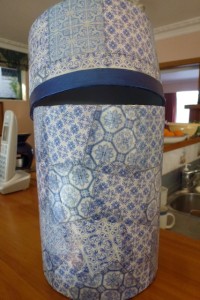 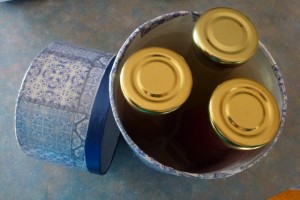