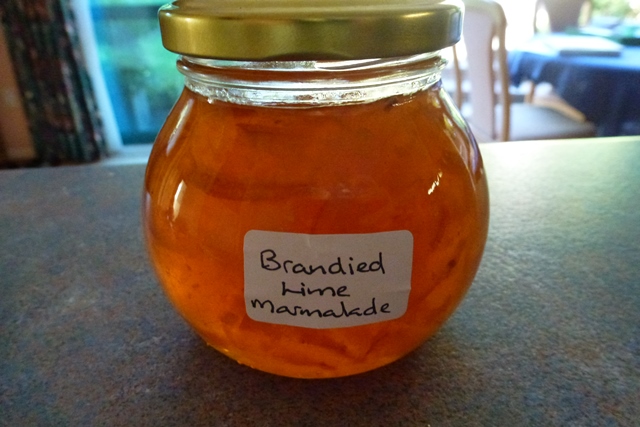 A few years ago I made a lime marmalade but it was so tart that there was no way you could even just have a scraping on your breakfast toast. I tried putting a spoonful in cooking but eventually just threw it out and never made it again. My mother asked recently if I had made any lime marmalade because she really likes the Roses Lime Marmalade for breakfast.

So the challenge was on. Rummaging through my old recipe folders I found this one that I had made 20+ years ago. I still had some limes on my tree – well ripe and yellow now but still lime tasting – so I had a go. It didn’t pass the ‘Roses’ test – theirs is so pale and delicate that I think it is really just a jelly rather than an actual marmalade – and my mother wasn’t impressed. But I quite like it as a change from my grapefruit marmalade and it is quite clear (if not green). 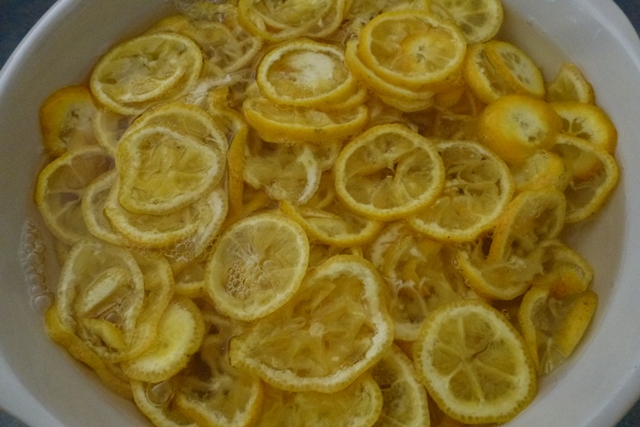 Next day place lime mixture in a pan with a lid, cover, bring to boil then reduce heat and simmer covered for 1 hour or until rind is tender.

Measure mixture; allow one cup sugar to each cup of mixture. Return lime mixture and sugar to pan, stir over high heat without boiling until sugar is dissolved.

Bring to boil, boil as rapidly as possible uncovered without stirring for 20 minutes or until jam will jell when tested on a cold saucer.
Stand 5 minutes, stir in brandy, pour into hot sterilised jars and seal. 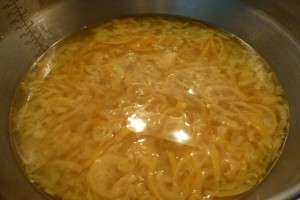 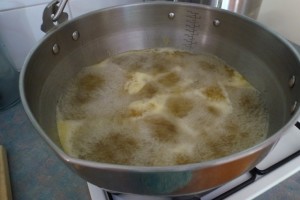 Add sugar and bring to boil 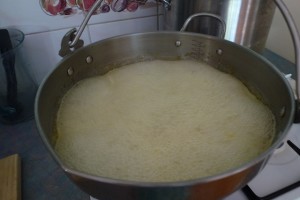 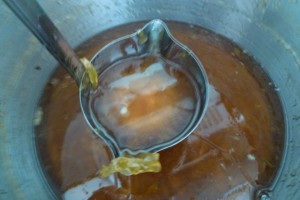