Codling moth is one of the major pests of apple trees with the caterpillars burrowing into the fruit. Biological control using a tiny parasitoid wasp is a promising new control method. I was fortunate to be able to participate in the release of the parasitoid wasp in Auckland.

Female codling moths lay their eggs on fruit or leaves in summer and the caterpillars (or larvae) head for the fruit immediately upon hatching and burrow inside giving us the all too familiar spotty, buggy apples. Because the larvae are protected inside the fruit, they can be very difficult to control. Pheromone traps to trap the male moths and corrugated cardboard bands to trap the larvae as they leave to pupate (turn into a chrysalis) are common methods to try to control them. 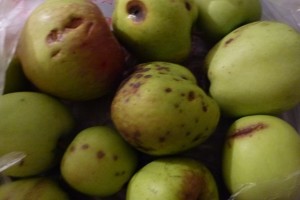 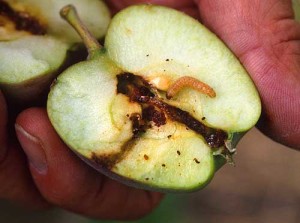 In New Zealand, Plant & Food Research have imported the tiny parasitoid wasp Mastrus ridens in the hope of keeping codling moth under control in commercial apple orchards. The parasitic wasp was brought into New Zealand under strict quarantine provisions to investigate its effects. Approval was gained from the Environmental Protection Agency (EPA) to release the parasitic wasps as a biological control agent into commercial apple orchards in the Hawkes Bay in 2012. 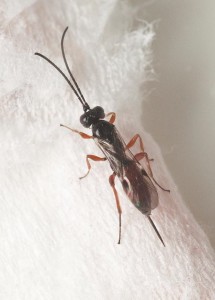 There are some amazing videos on You Tube showing how the parasitoid wasp works:

The development of the parasitoid on codling moth larva (time lapse video): https://www.youtube.com/watch?v=kXwV9TFkXq8

This summer Plant & Food Research were looking for people in Auckland with apple trees in their home gardens who were prepared to help introduce the parasitoid wasp. Although my apple trees are far too small at this stage to be of any interest, my neighbour has a very large apple tree that has been so badly infested with codling moth that they didn’t even bother to try to pick any fruit. I volunteered (and was accepted) to participate in the programme.

This summer, in each of January, February and March, we were given coils of corrugated cardboard containing codling moth parasitised with Mastrus ridens. We were instructed to hang these in the infected apple trees each month. The tiny parasitoid wasps would emerge from the cardboard and lay their eggs in any codling moth larvae they could find. Releasing them several times over the season increased the chances of them finding suitable larvae and becoming established. Hopefully enough parasitoids will have established to continue their life cycle naturally. With biological control the aim is not to completely eradicate the pest species but to create a balance where the pest is kept under control and a decent harvest of apples can be made – with just a few ‘buggy apples’ rather than the whole crop. If there aren’t a few codling moth around then the parasitoid can’t survive to keep them under control.

We will have to wait until next year to see how well they have established but it was a very good sign that my neighbours were able to pick lots of codling moth-free apples this year (and share them with me :-).) 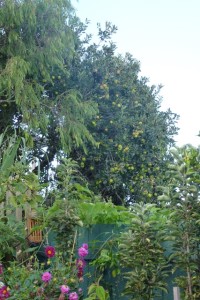 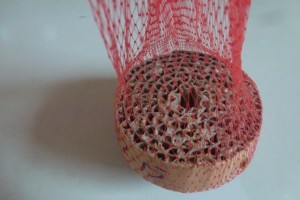 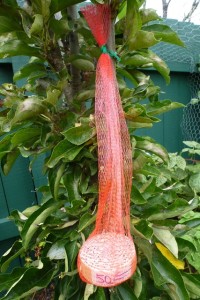