A garden trug is a traditional work basket with many uses in the garden. I love their history and that this is an artisan craft that continues today. They make great gifts and can be filled with all sorts of garden and gardening goodies. 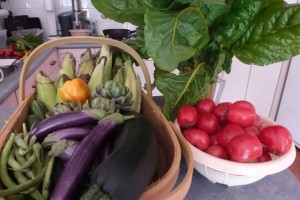 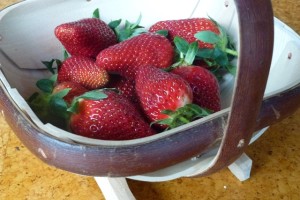 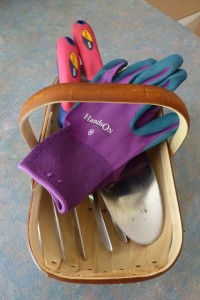 Trugs have been used for centuries, coming of age in England in the 1700s when gardening became a pastime and passion. It is said that Queen Victoria fell in love with trugs in 1851 at the Great Exhibition and helped make them a desirable fashion statement for the garden. They are sometimes called the ‘Sussex trug’ from the area of southern England where these baskets evolved as farm containers to hold ‘truck’ or produce. Some people call them ‘truck baskets’. Another theory is that they evolved from ‘trog’, the Anglo-Saxon for boat. English trug makers used willow for the planks and coppiced ash or sweet chestnut for the handle and rim.

I bought mine from Bill Blair at Coppice Crafts near Oamaru in the South Island of New Zealand. Bill is a traditional wood craftsman using hand tools such as draw knives and side axes to produce useful items such as trug baskets, wooden hay rakes and wooden pitch forks. He has been active in the heritage movement that has refurbished the fabulous collection of nineteenth century buildings of the old town and works in a rustic workshop in the old Harbour Board worksheds now known as the Red Sheds. The sheds are located in the harbour area by the Little Blue Penguin colony and he says that most of the time he has penguins nesting in dark corners or under the floor boards.

Bill uses hand-planed poplar and willow planks and coppiced willow poles from local rivers for the handles and rims. He splits long, clean poles with a froe and mallet and shapes them on the shaving horse with draw knife and spokeshave. They are steam bent into frames and dried before being assembled with copper boat nails. The bark is finished with oil and bees wax polish. Otherwise they traditionally have no finish on them and are used robustly for every thing possible in the garden. 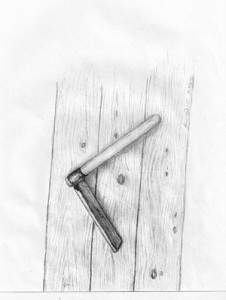 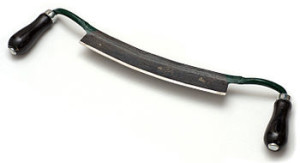 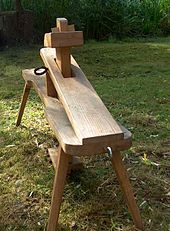 I had a large trug that I had used for a long time and wanted to get some smaller trugs that I could use for different purposes. When I ordered my trugs from Bill, I discovered that many of them have interesting histories in their own right. 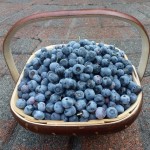 The berry trug was modelled on an antique trug inherited by a friend of Bill’s from her English grandmother who always referred to it as her berry trug and he has kept that name. 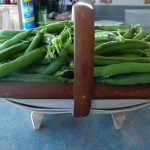 The #2 was originally commissioned as a scaled down version of the large #7 for the Hobbit movie and also the Narnia movie so it has 7 boards instead of the 5 boards smaller trugs traditionally have. It is just right for collecting eggs or smaller stuff from the garden.

A trap for the unwary: if you halve the measurements of your trug in both directions and expect to get a trug that is half the size of the original, you will be very surprised to receive a trug that is actually a quarter of the size :-). But then it is an excuse to buy another one. 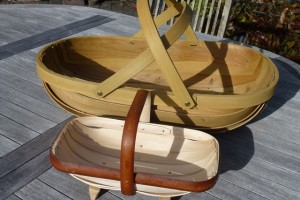