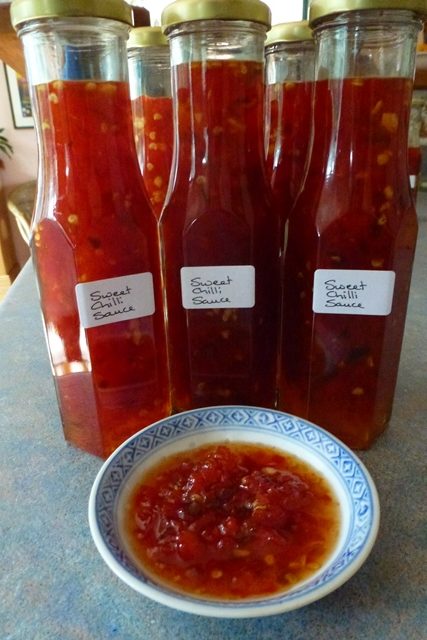 I’m not a great chilli fan usually but I do like sweet chilli sauce. So I decided to grow some chillies so that I could make this recipe. I put a few chilli seedlings in under my lemon tree thinking that I only needed a few and it wouldn’t matter if they didn’t do very well. Of course, they grew like triffids: up, through and over the lemon tree and swamping all my other capsicums and eggplant growing in that part of the garden. I harvested over 2kg of chillies and gave quite a lot away as well. You can just put them in the freezer whole if you don’t have time to deal with them immediately. 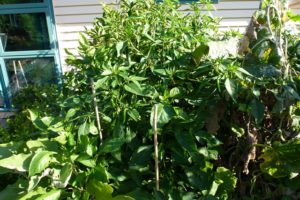 Chilli plants growing up, through and over the lemon tree 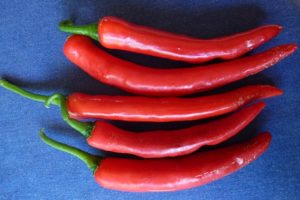 Make sure you use gloves for this. I didn’t and thought that it was quite surprising that it wasn’t stinging my fingers as I de-seeded the chillies. Well! about half an hour later and my hands were just burning: under the fingernails, everywhere! And it lasted 2 days before they were anywhere near back to normal.

Place the chillies into a large saucepan and add the sugar and remaining vinegar. Cook over a low heat, stirring occasionally, for 5 minutes or until the sugar dissolves.
Increase the heat and bring the mixture to the boil. Then reduce the heat and simmer for 35-40 minutes, stirring occasionally, until the sauce thickens.
Pour sauce into sterilised glass bottles and seal.

I doubled the recipe and it was so well received that I will make another batch with my remaining chillies in the freezer. 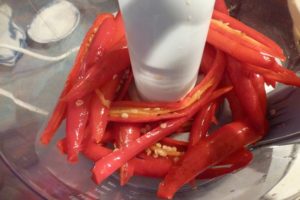 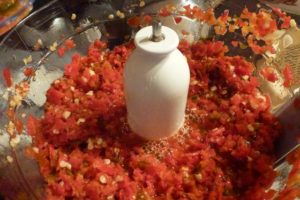 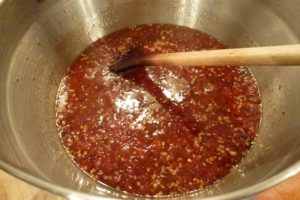