It’s time to get out your favourite feijoa recipes again and to try some new ways of using them. I decided to try this Feijoa Paste Recipe courtesy of Chelsea Sugar and the NZ Gardener magazine. It is not as sweet as I thought it might be and has a rather pleasant tanginess. Feijoa Paste is perfect served with cheese and crackers. 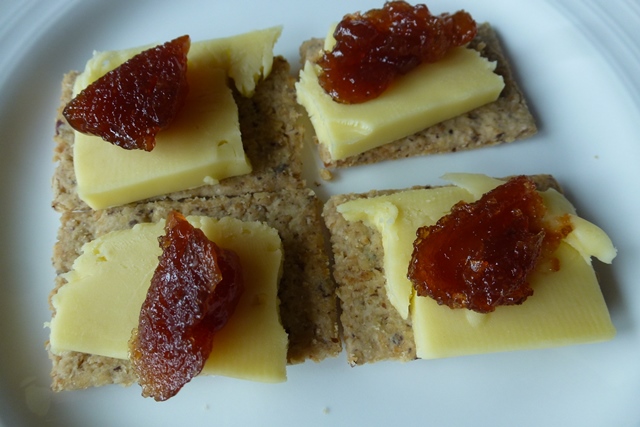 Unfortunately for the first time this year I have got guava moth infesting my feijoas so choosing undamaged fruit for cooking (and eating) is becoming more difficult. You can, if you are careful, use the undamaged portions of several fruit for a recipe like this. I also used some windfall apples and guessed when I had about the right amount. 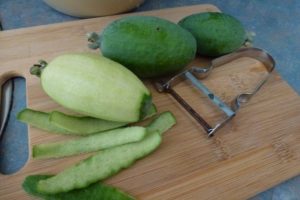 Peel feijoas, saving the skin. Roughly chop fruit and set aside.
Put feijoa peel and apple into a saucepan, then barely cover with water. Cook until soft and mushy. This will make the cooking liquid for the feijoa.
Strain cooked fruit through a fine sieve into a large heavy-bottomed pot, making sure to push down hard on the apples to get out all the juice. Add feijoa mixture to liquid and cook until soft.
Push feijoa mixture through a sieve, mash or use a stick blender to produce feijoa pulp. 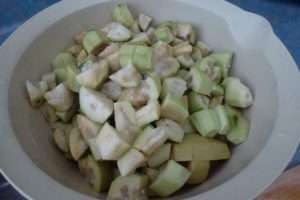 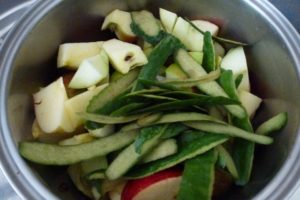 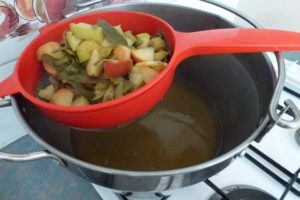 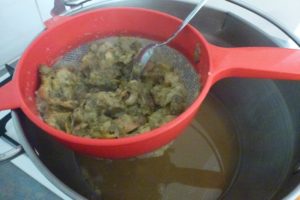 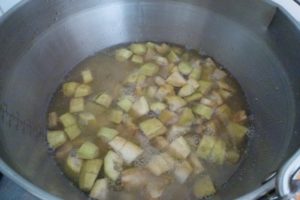 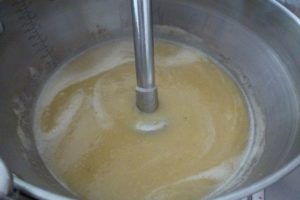 Puree with a stick blender

Add sugar to feijoa pulp and stir until dissolved.
Cook slowly on lowest heat, stirring every 2-3 minutes until thick. This will take about 2 hours – when it’s ready, the spoon will leave a path in the mixture and will start to come away from the sides. Mine didn’t get that thick mostly because I was too impatient to wait any longer but it still set well.

The recipe said to line a slice tin with baking paper and quickly pour paste in. Smooth the top.
Place aside to set, then cut into squares, wrap in paper and store in an airtight container in the fridge.
I put mine into sterilised jars that have straight sides (I get my jars from Arthur Holmes) so that the paste can just be upended onto a plate from the jar. 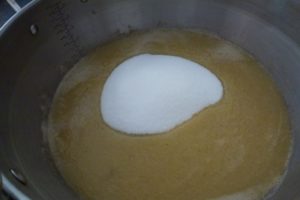 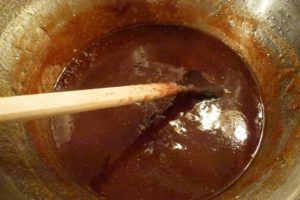 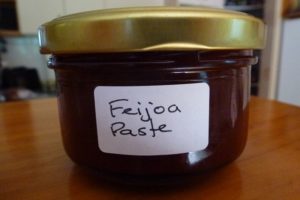 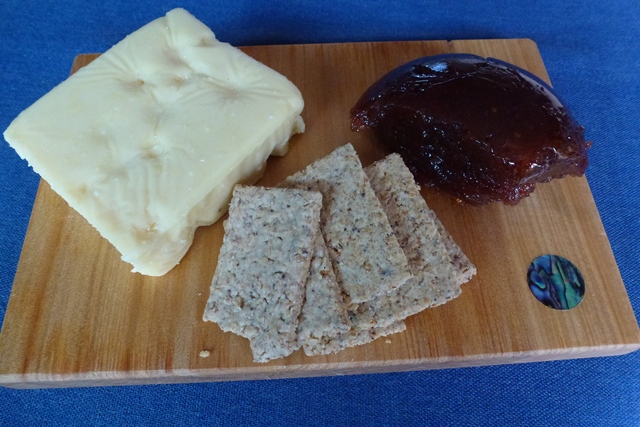