I had one last day in Kathmandu before my flight home because they recommended that I allow at least 24 hours between any flight into Kathmandu and an international connection. Having experienced first hand the delays that can occur getting in and out of Kathmandu, this is very sage advice.

This time I stayed in a different hotel from the one we stayed in at the start of our journey: I stayed at the Kathmandu Guest House – the first ever hotel in Kathmandu. It was originally built as a mansion along with the present Parliament House in 1900 during the Rana Dynasty. The Kathmandu Guest House suffered much damage during the devastating earthquake of April 2015 but has now been well restored.

It was converted to a hotel in 1967 and has now become somewhat of an institution – even the Beatles stayed here. It is right in the centre of the tourist area of Thamel, convenient for everything. It has a wide range of different accommodation styles and prices from backpacker style right through to upmarket suites. Best of all (I thought) was the Dream Garden area in the centre of the hotel that had seating of all different varieties spread out under sunshades and trees and the cafe and coffee shop served you anywhere in the garden. When I arrived local musicians were playing delightful music. It was another wonderful oasis in the bustle of the city (although not quite to the same level as the Garden of Dreams I had visited earlier in the trip).

My travel agent had recommended that I stay in the Maya Annex (one of the earliest wings) that has been renovated and now has airconditioning. The price I payed was much less than I’d payed at the other hotel so I was very surprised to discover that I had been given a suite that was named after a Japanese climber. The suite was enormous! and catered to my every need (including rather surprisingly a baby bassinet). It also had doors opening out onto a balcony that overlooked the Dream Garden – wonderful! 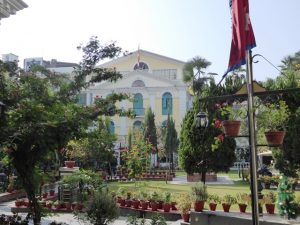 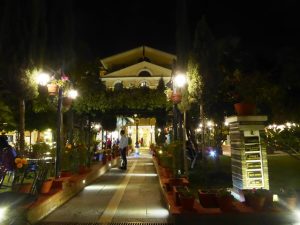 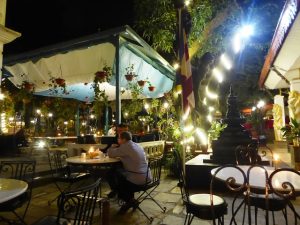 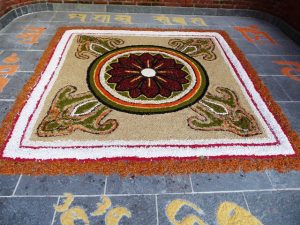 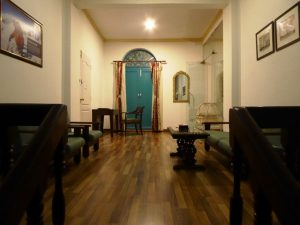 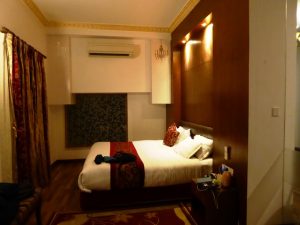 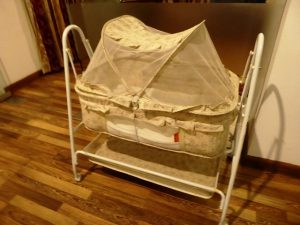 Meeting my every need?

I had booked a traditional cooking class through Urban Adventures for my final day (as my flight wasn’t until 9.30pm and I didn’t fancy just wandering the streets all day). The class was called In Focus: Cook in Kathmandu. I had to meet at the same Hotel Marshyangdi that was conveniently a 3 minute walk away this time and then was driven to the Seven Women headquarters. I was surprised to discover that I was the only one doing the class today (although there were 26 people booked for tomorrow).

Seven Women is a unique social enterprise that has changed the lives of more than 5000 disadvantaged women in Nepal. It was founded by a young Australian woman, Stephanie Woollard, 12 years ago when (at age 22) she met seven disabled women working in a tin shed in Kathmandu. These seven women were struggling to make a living in the face of harsh discrimination. With her last $200, Steph paid for trainers to teach the women how to produce products for sale locally and abroad – and Seven Women was born.

I was very privileged to meet Sandhya – one of original seven women – and have her show me around their facilities. Women come from all around Nepal to learn basic skills of reading, writing and arithmetic, along with cooking, sewing and various textile crafts. In 2014 they expanded and built a new purpose-built cooking school. Organisations such as Intrepid’s Urban Adventures support their efforts by sending people to the classes. They also have a store where they sell clothing and crafts that have been made by the women.

Amrita was to be my instructor for the cooking experience but then left me in the capable hands of two delightful young women, Mina and Rojie (20 and 19), so that she could go and prepare for the big group tomorrow. Our menu for the day included:

The ingredients were all so fresh and vibrant. They do have their own veggie gardens and greenhouses but it is now too late in the season so the produce comes from the markets. Mina and Rojie both speak English very well and we chatter away whilst cooking, with them asking as many questions of me as I did of them about lives in each other’s countries. Although it is strange to have a whole class just for me, I learn that I am very lucky as I get to make everything whereas the larger groups would be split into 5 groups and make one item each. At the end of the class we sit down to eat – I am very pleased to learn that nothing would be wasted as the leftovers are shared with the staff after I leave – there was lots to spare. 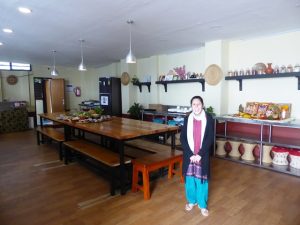 Sandhya in the Cooking School 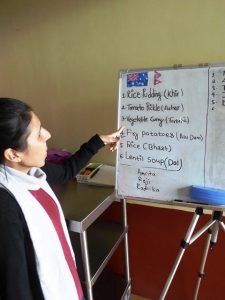 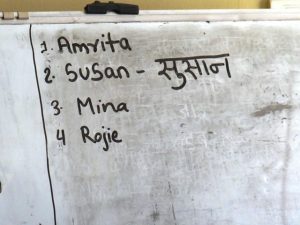 My name in Sanskrit 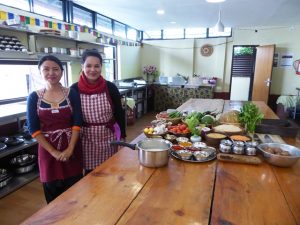 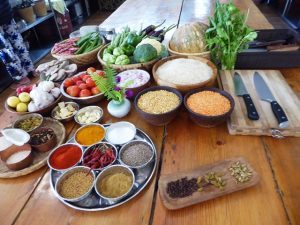 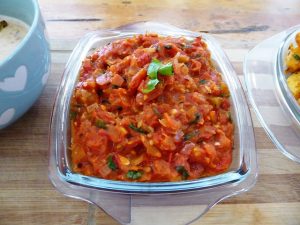 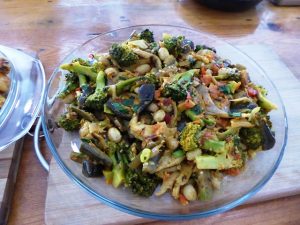 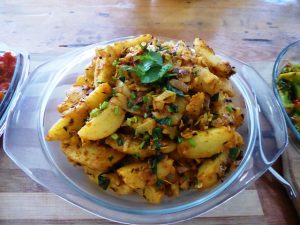 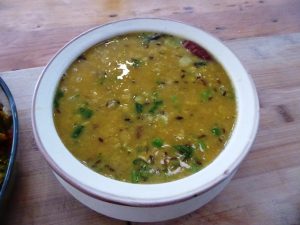 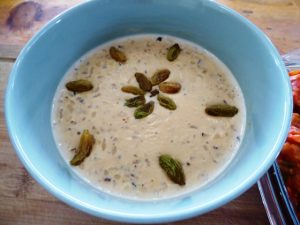 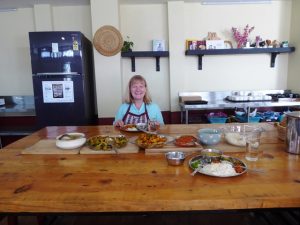 Daunted by a solo feast 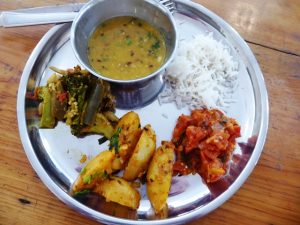 Delicious! (even if I do say so myself)

After the class I went back and spent the afternoon in the relative peace and cool of the Dream Garden before heading for the airport and my flight back to NZ.