Making Anzac Biscuits is traditional for NZers and Australians commemorating Anzac Day but (as with many things NZ/Australian) the origin and invention of the sweet Anzac biscuit is contested. Conventionally it is a biscuit made from oats and golden syrup, but these are not the same hardtack biscuits that were supplied to soldiers in Gallipoli when fresh food was hard to maintain. However they do last a reasonable amount of time, so it is possible that they became known as suitable to include in care packages that families used to send overseas to soldiers.

Everyone has their favourite recipe and there are countless arguments over whether they should be served crunchy or soft. I like mine to be slightly chewy but not too soft and I often add raisins as well (even though they are not in the traditional recipe). To add a special decadent twist you can dip them in chocolate as well if you want.

Mix the flour, cinnamon, rolled oats, coconut, sugars (and raisins, if using) together in a medium sized bowl.

Cut the butter into cubes and combine with the golden syrup and water in a small saucepan. Stir over low-medium heat until the butter melts and the mixture is well combined, ensuring the mixture does not simmer or boil. Remove from heat and stir in the baking soda. Add immediately to the dry ingredients and stir until well combined.

Roll heaped tablespoons of mixture into balls and place onto a lined baking tray about 5cm apart. Flatten each slightly with the back of the spoon (until they are about 1cm thick) and bake at 150C for about 18 minutes. (16 minutes for a chewy biscuit or 20 minutes for a crunchier biscuit).

Set aside for 5 minutes to cool slightly before transferring to a wire rack to cool completely. 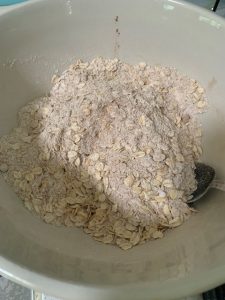 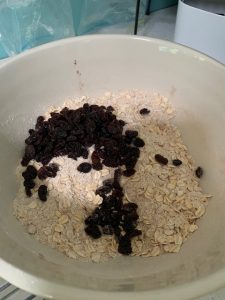 Add raisins if you want 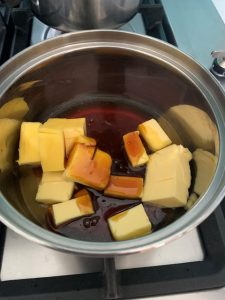 Put butter, golden syrup and water in a pan 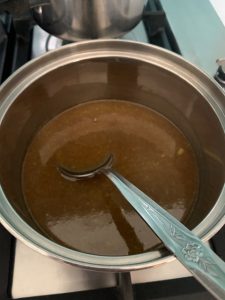 Melt but do not boil 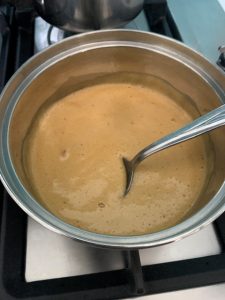 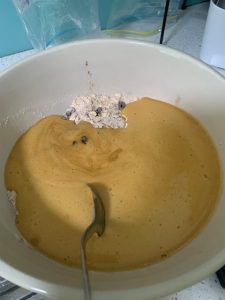 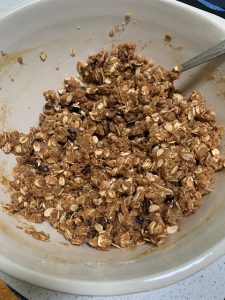 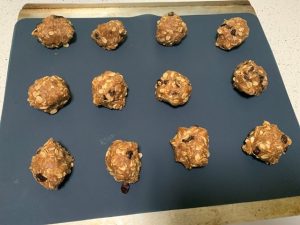 Put heaped tablespoonsful on a tray 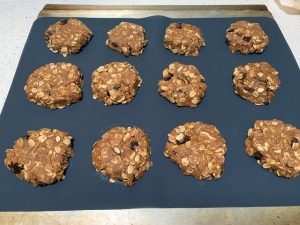 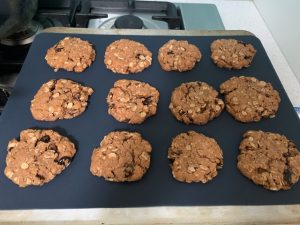 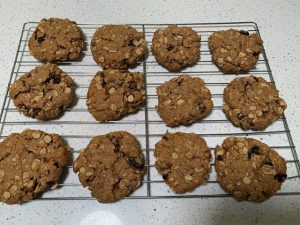