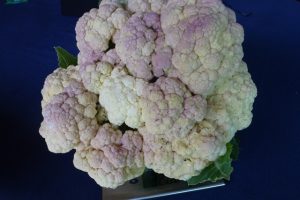 I grew a monster cauliflower this year with a 3.2kg head on it! I had harvested all the other cauliflower, broccoli and cabbage over the winter but there was one remaining in the vegetable patch that had giant leaves but no sign of anything more productive. I left it for a couple of weeks, intending to pull it out when I got stuck into some gardening. Imagine my surprise when I was greeted with this monster.

That is an awful lot of cauliflower! I filled a roasting pan with cauliflower florets (sprinkled with cumin seeds and fennel seeds) but that scarcely made a dent in the supply. Whatever was I going to do with it all. A friend suggested making chow chow (also known as cauliflower pickle or piccalilli). As a child I remember my father eating piccalilli with his meat or cheese sandwiches but I was never a big fan of mustard or pickles back then so had never thought to make it since. I’m glad I have now – it is a very tasty addition to an antipasto platter or ploughman’s lunch, and it makes for great toasted cheese sandwiches.

2 medium cauliflower, leaves and stems removed (or about a third of a monster cauliflower if you happen to have one 😉 )
2 medium onions, chopped
2 large cucumbers, peeled, seeded, chopped (optional – I only had one so just used that)
2 tablespoons salt
3 cups cider vinegar
1 cup malt vinegar
2 cups sugar
1 1/2 cups water 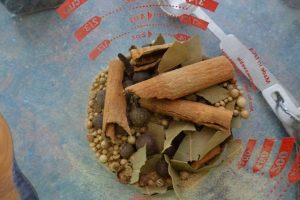 Break the cauliflower into small florets and put into a large bowl with the chopped onion and cucumber and sprinkle with the salt. Cover and leave to stand overnight.

Pour off the liquid that has formed and put the vegetables into a preserving pan. Add the cider and malt vinegars, sugar, pickling spice and water. Stir over a high heat until the sugar dissolves and bring to the boil.

Reduce the heat and simmer for 15 minutes or until the vegetables are almost cooked and the onion is transparent. Remove the spice bag and squeeze gently to extract the flavour.

Put the cornflour, mustard and turmeric in a small bowl, add water and whisk until smooth. Add this mixture to the vegetables and stir well. Simmer for 5 minutes or until thickened. The pickle does thicken as it cools but I added another spoonful of cornflour (mixed with a little water) to make it a bit thicker.

Spoon the cauliflower pickle into hot, sterilised jars and seal. Store in a cool, dark place for at least 3 weeks before opening to allow the flavours to develop. 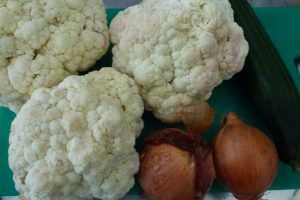 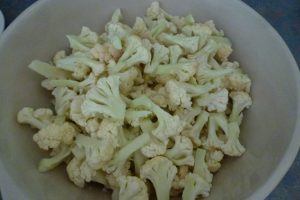 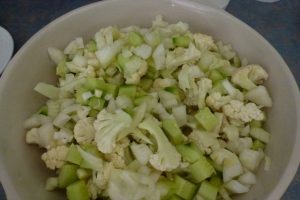 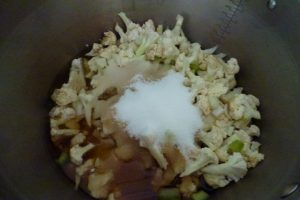 Put all ingredients into preserving pan 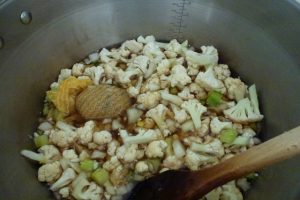 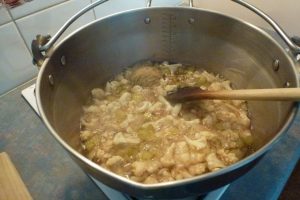 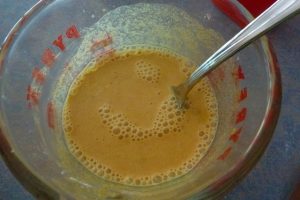 Mix mustard and cornflour with a little water 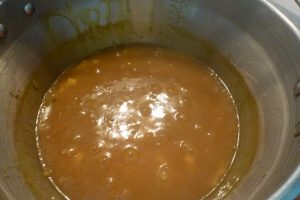 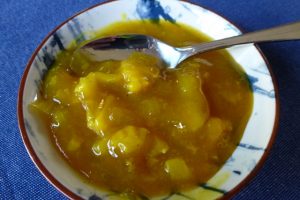