If you have been following my blog you will know that I have been making a range of homemade cheeses, ales and ciders using kits from Mad Millie.  They have just started to stock a Sourdough Kit so I had to give it a go. First thing to note is that ’15 minutes’ isn’t a good representation and the process takes a lot longer than that.

I liked the idea of the kit because you could just use the instant sourdough starter culture when you wanted rather than having to keep a sourdough starter going but not wanting to make that much bread. Sourdough is also supposed to be a healthier bread than others:

Sourdough is more digestible than standard loaves and more nutritious too. Lactic acids make the vitamins and minerals in the flour more available to the body by helping neutralise the phytates in flour that would interfere with their absorption. The acids slow down the rate at which glucose is released into the blood-stream and lower the bread’s glycaemic index (GI), so it doesn’t cause undesirable spikes in insulin. They also render the gluten in flour more digestible and less likely to cause food intolerance.

The instruction book comes with recipes for original, wholemeal, fruit loaf and gluten free sourdoughs. The recipe looks somewhat daunting when you first see it but actually is quite simple once you get your head around it – basically:

I learnt quite a few things NOT to do with my first attempt. 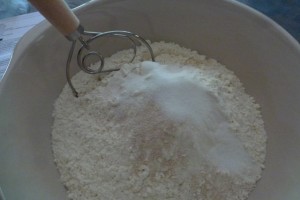 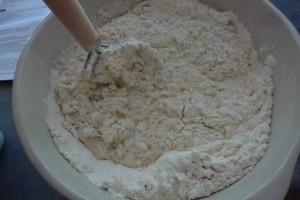 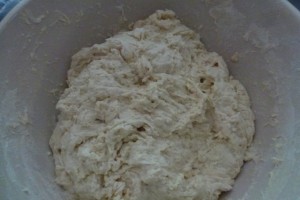 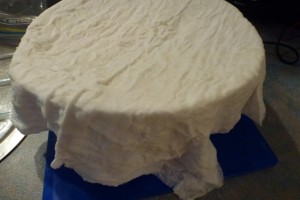 Cover with damp muslin cloth and leave to rise 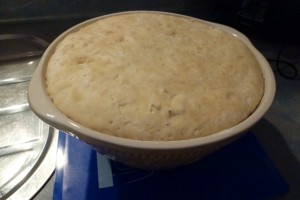 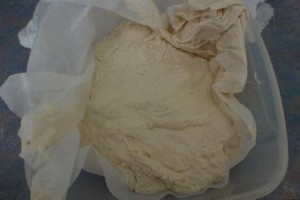 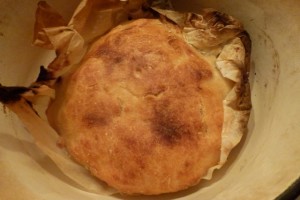 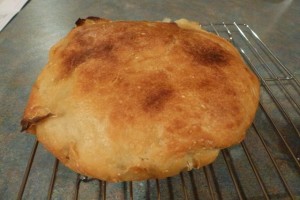 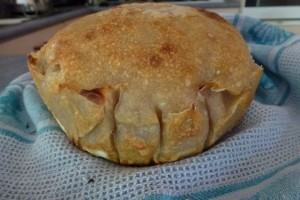 Second half of batch 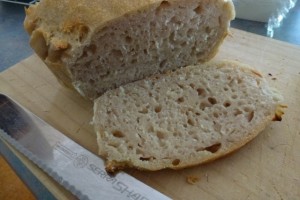 On my second attempt at making the dough I got a much better result:

The final loaf looked like it ought to with a nice crisp golden brown crust with the characteristic ‘splits’ and inside was full of ‘holes’ like you’d expect.  But it was still a much heavier bread than sourdough I have brought from a bakery. 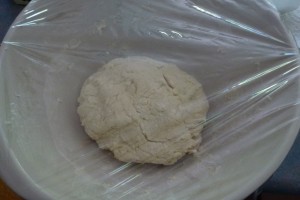 Soft but not too sticky dough 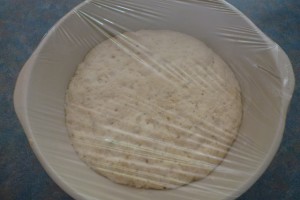 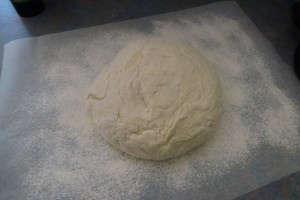 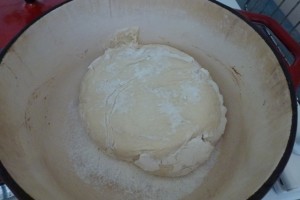 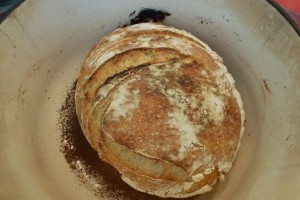 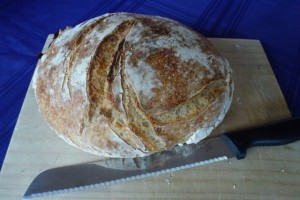