I’ve always been intrigued that almost every culture in the world has alcohol of some form or another derived from plant material.  Initially that plant material will have been fermented (distilling came along later). I can imagine how that happened when they had grains or fruits stored in a container of some sort and the natural yeasts or other microbes got in and started their thing.  What I can’t understand is how they went from “oh no, it’s gone off” to “let’s see if we can drink it”.  Human instincts are surely set up to make you avoid things that could be harmful. Perhaps those were desperate times and they couldn’t afford to waste anything. But drink it they did and they must have enjoyed it and done it again deliberately because the results live on.  Sometimes the alcohol was kept as a ceremonial drink, perhaps used by the shaman to talk to the spirits, and other times it was (and still is) used as a welcome or social beverage.

These customs live on in so many different cultures. I have memories of drinking rice wine as part of a spirit ceremony we shared with an Oban tribe when we visited their longhouse in Sarawak, Borneo – complete with making wishes while waving a live chicken over the offerings we had made.  Rather less ceremonial was the little old Greek man proudly tipping his ‘firewater’ (ouzo) down my throat at 9.00 in the morning to welcome us to their island and the Mexican restauranteur who showed his hospitality by sharing tequila with us in a similar fashion.  In Peru and Ecuador, after downing a few glasses of chicha usually made from maize the locals love to dance (rather too much in some places where a single dance can go on for hours). 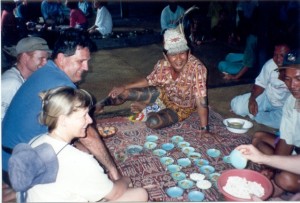 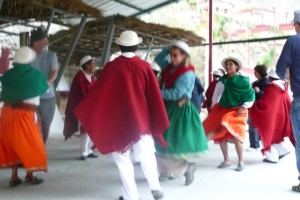 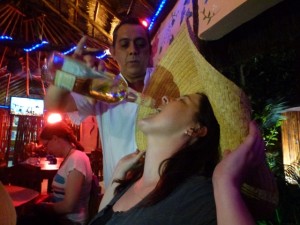 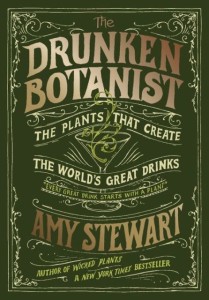 If you are interested as I was in finding out more about different plants and the alcoholic beverages that are made from them, then I can thoroughly recommend ‘The Drunken Botanist’ by Amy Stewart. It is a fascinating book to dip in and out of – do get a physical book, I initially bought the e-book version but very quickly decided that I needed a more browsable version.  She starts by “exploring the classics, the plants most commonly transformed into alcohol, proceeding in an orderly fashion through the alphabet from agave to wheat”.  There are fascinating snippets of history and process along with some recipes of drinks to enjoy using the various products.

She also describes some more unusual tipples: “A stiff drink can be made from more than just barley and grapes. Some of the most extraordinary and obscure plants have been fermented and distilled. A few of these are dangerous, some are downright bizarre, and one is as ancient as dinosaurs – but each represents a unique cultural contribution to our global drinking traditions”.  Then she goes on to talk about all the various herbs, spices, fruits, nuts, bark, roots and flowers that are used in often secret mix of botanicals that are used to flavour the alcohol.  Gin is made from juniper berries but did you know that common gin ingredients include: angelica root, bay leaf, cardamom, citrus peel, coriander, fennel, ginger, lavender and orris root?

The final section explains that gardeners are the ultimate mixologists: “Even the most ordinary vegetable patch yields the mixers and garnishes that make remarkable drinks. … A thousand cocktails can be mixed in a kitchen garden.”

If you have been following my blog you will know that I have been trying my hand at some of these age-old traditions (using a range of different plant products).  You might be interested in trying some too:

Feijoa Vodka (most vodka today is made from grain, feijoas)